What’s In an Emissions Test, and How Do You Pass? 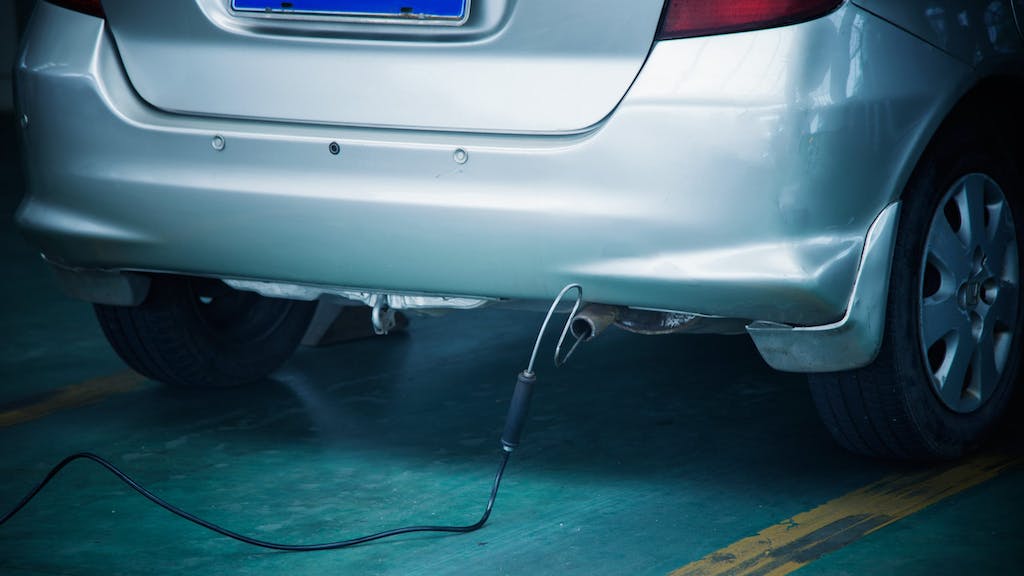 In an effort to reduce air pollution, most states require drivers to have their vehicles tested to identify any cars that produce excessive emissions. Failing a smog test can keep you from getting your car properly registered, which could result in a fine or ticket. How can you make sure that your car will pass?

States have different requirements when it comes to smog testing, and their terms and exemptions can vary. For example, in California, most vehicles that are more than six years old must be tested every two years, but gas-powered vehicles built before 1975 are exempt from testing. In New York, tests are conducted annually. The EPA estimates that today’s vehicles — from cars and trucks to tractor-trailers and locomotives — are 99 percent cleaner than their model-year-1970 counterparts.

Many vehicles fail smog tests. According to the Sacramento Bee, more than 10 percent of 11 million California vehicles that were tested in 2015 failed their smog test. And older vehicles are more likely to fail than newer ones.

With proper preparation, you can improve your car’s chances of passing a smog test. These are some useful steps you can take:

6 Steps to Help Your Car Pass an Emissions Test

1. Give your car some time to warm up

According to the experts at Smog Star Express, a California-based smog test facility, warmer engines have a better chance of passing a smog test. With this in mind, it’s a good idea to run errands before taking your car in to be tested. This will ensure that the engine is primed for the test.

2. Make sure your car’s maintenance is up to date

This will optimize your vehicle’s performance and may improve your chances of passing the test. For example, if you haven’t gotten an oil change within the recommended interval, your car’s oil may be contaminated, and this may hurt your car’s performance on the test. Carfax’s Car Care app can help you keep track of your car’s maintenance.

3. Put some miles on the car if you’ve replaced your battery recently or had maintenance done

However, it’s important to ensure that you put at least 100 to 200 miles on your car between maintenance work and a smog test.

In many cases, mechanics who are performing a 10-, 15- or 20-point check during an oil change or other maintenance work will disconnect your car’s battery to facilitate this process.

Disconnecting the battery can temporarily erase your car’s memory chip, and this chip needs to be populated for your vehicle to pass a smog test. It can take up to 200 miles of driving for the chip to be ready. If you’ve recently charged or replaced your car’s battery, make sure to put up to 200 miles on the car before taking it in for a smog test.

This light can be triggered by a faulty oxygen sensor or catalytic converter, or by a gas cap that is loose, damaged, or missing. This problem can also be linked to a damaged air-flow sensor or worn spark plugs.

If your car’s “check engine” light is on, get the problem resolved before even attempting a smog test.

5. Make sure your tires are properly inflated

As part of the testing process, some states require cars to be driven on a piece of equipment known as a dynamometer. If the car’s tires are properly inflated, it will have greater stability on the machine, and this can improve your odds of passing the smog test.

Use a gauge to check the air pressure of your car’s tires, and compare this pressure against the manufacturer recommendations in your owner’s manual, or on the sticker on the driver’s door jamb. If the tires are underinflated, bring the pressure up before taking your smog test. 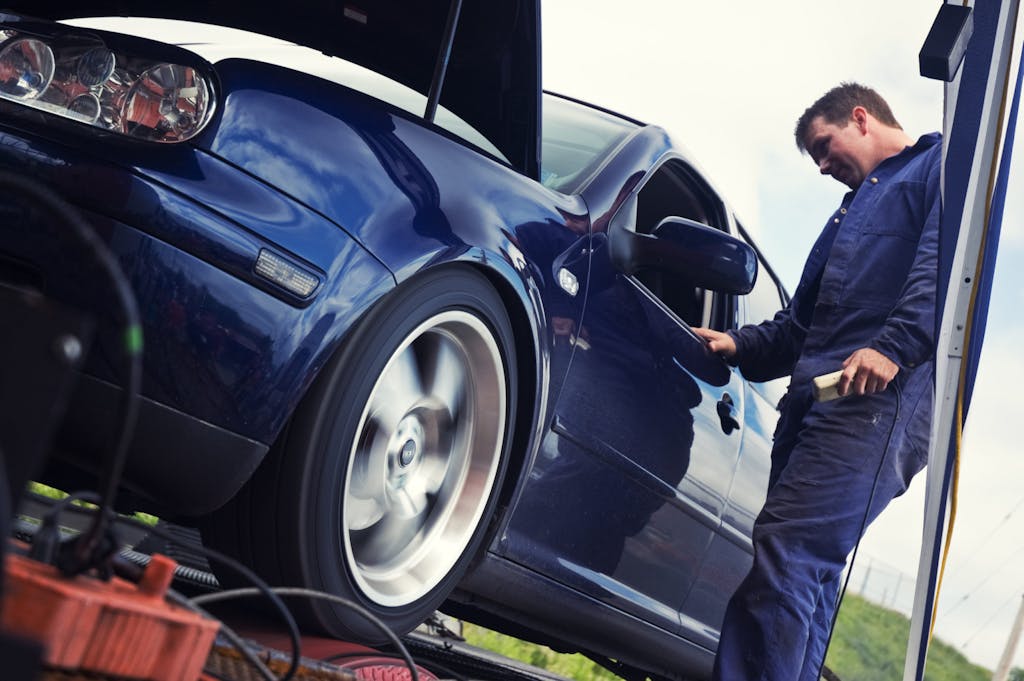 What Is an Emissions Test?

In general, there are two actual emissions inspections:

An OBD emissions inspection essentially checks that the vehicle is running to its own standards by tapping into its computer system. In the OBD test, if any monitors are incomplete – because the car’s memory chip has not yet repopulated its essential information after the battery was disconnected – or failed, the vehicle will not pass the smog test. Incomplete monitors usually just require the vehicle to be driven more, but failed monitors will need to be diagnosed, repaired, and retested.

In the exhaust gas analysis, if any gases exceed the limits, the engine will need to be diagnosed, repaired, and retested.

Why Do Cars Fail Emissions Tests?

There are several common reasons that vehicles can fail an emissions inspection:

Ready for a newer car? You can get a great deal using Carfax’s Used Car Listings. Every car comes with a free Carfax Report.

Benjamin Jerew contributed to this report.

About the Author: Warren Clarke

I got my start in automotive journalism working as an editor at Edmunds.com. Since then, I've had work published in outlets such as the New York Daily News, Car & Driver, Credit Karma, AARP and Ride by Kelley Blue Book. I've written automotive content that includes everything from model overviews to consumer advice articles, and I enjoy providing readers with information that can simplify and enhance their lives. I'm based in Los Angeles.