What Does a Spoiler Do on a Car?

Spoiler alert! If you don’t want to learn how aerodynamics affects a car’s efficiency and performance, stop reading now. Because not only will we discuss spoilers, we’ll also talk about wings, diffusers, splitters, side skirts, vortex generators, and more. Those are just a few of the features that manage airflow around a vehicle. And that’s an important job.

When you first start driving, your engine has to use most of its power just to get your car rolling from a dead stop. But once you get up to cruising speeds, your engine is mostly working to battle wind resistance. In fact, it uses roughly five times more power to do that than it does to overcome the other main forces acting to slow the car. That means reducing wind resistance, or drag, will reduce both how hard your engine needs to work and how much fuel it uses.

Shopping for a car? Every Carfax Used Car Listing comes with a free Carfax report

You can get a feel for aerodynamics in action by holding your hand outside the window while driving. If you hold your palm facing forward, you’ll feel the hard push of the wind. Hold your hand flat, with the fingertips forward, and you’ll notice an immediate difference. You also can try changing the angle of your hand slightly so that it’s not flat. Tilting your fingers so they’re higher than the heel of your hand lets wind get underneath. This will push your hand up. Dipping your fingers will do the opposite, pushing your hand down.

Types of Car Spoilers, Wings, and Other Aerodynamic Aids

What Does a Rear Spoiler Do on a Car?

Yet despite all that, one of the most common aerodynamic upgrades is actually meant to disrupt the flow of air.

A rear spoiler is that small piece of trim that usually extends from the edge of the trunk. It gives the very rear of a car a turned-up appearance. As its name indicates, a spoiler “spoils” the smooth flow of air over the back of a vehicle. But that small disruption can have a major impact on overall aerodynamics. 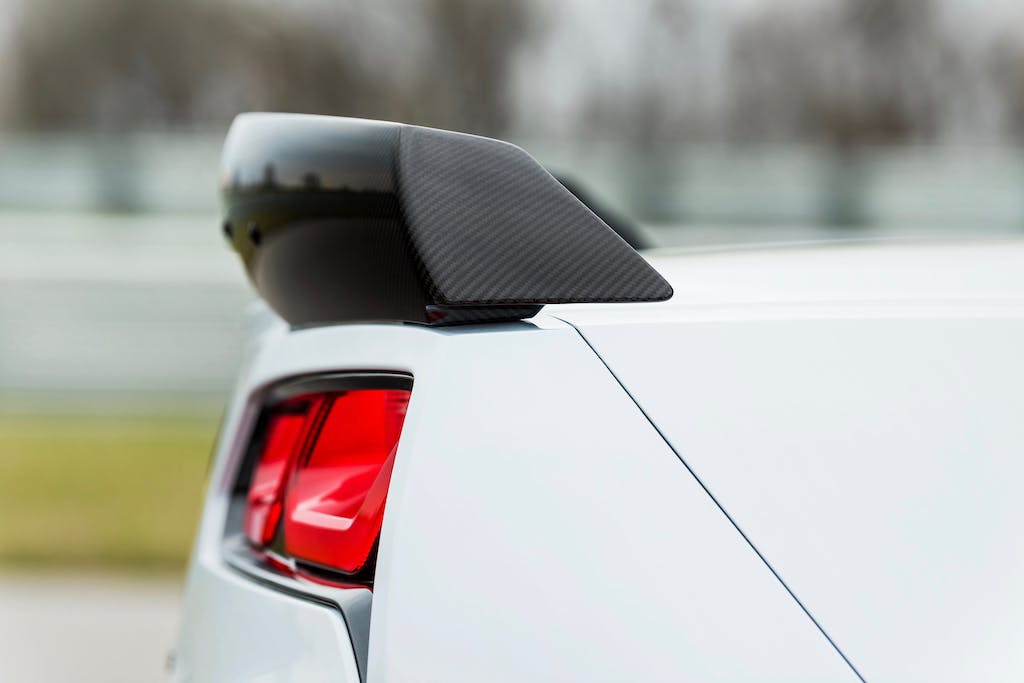 When air flows over the back end of a car’s roof, it normally continues downward to the trunk and wants to keep going to get under the vehicle. This creates lift, which literally tries to lift your car off the road. The result is that your tires won’t be able to grip the road the right way.

Putting on a spoiler is like holding your hand up in the wind stream. The spoiler stops the flow of air down and around the rear of your car to prevent lift. A well-designed spoiler will go beyond this and, as mentioned, actively improve the overall airflow around your car.

See the latest articles on car technology and features 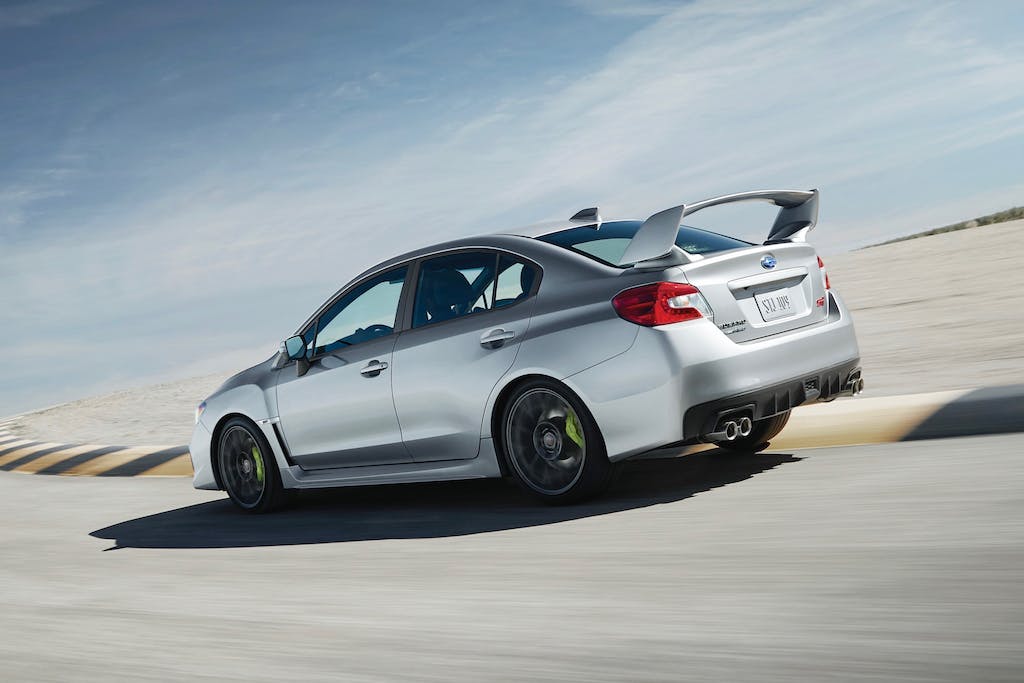 A rear wing also reduces lift. However, unlike a spoiler, it increases drag, too. Perhaps the best way to think of an automotive wing is to imagine it as an upside-down airplane wing. In that position, the wind traveling over the top of the wing pushes downward. This downforce then pushes more weight of the car onto the wheels, so they can better bite into the road. Here, it’s like holding your hand flat outside of the window with your fingers tipping down. The thing is, more downforce also means more drag to fight against. The reason some high-performance cars rely on rear wings is that the improvements in high-speed traction still outweigh the negative effects of the extra wind resistance. 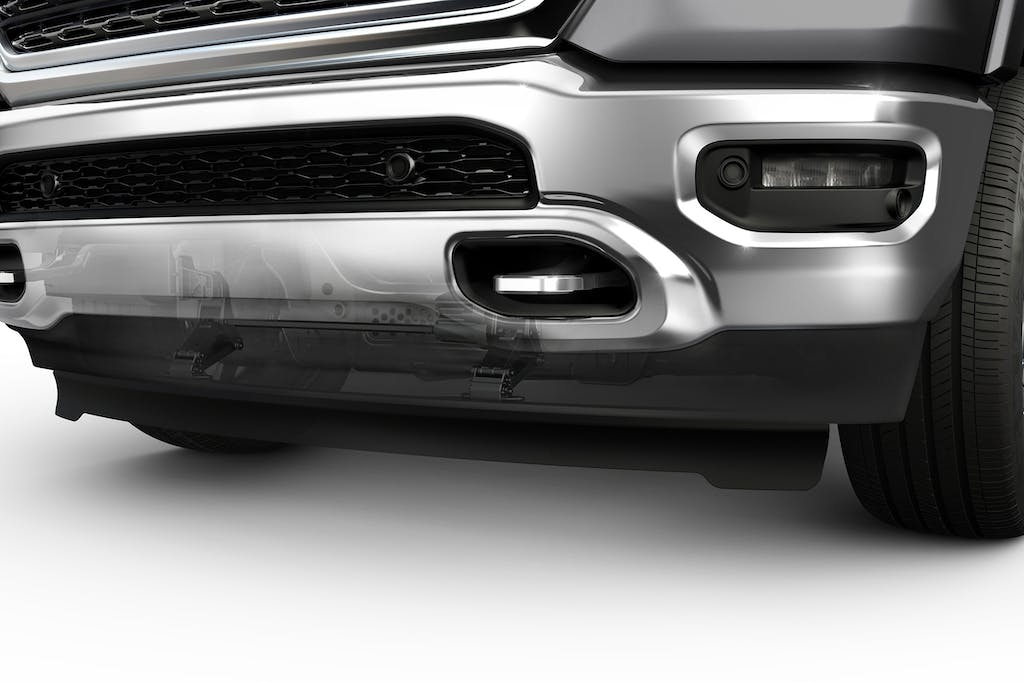 What Is a Front Spoiler?

Air wants to flow under your car as well, and that’s another source of unwanted lift. One method to avoid this with a front spoiler, or air dam. That extends down vertically from the front bumper to block off the space between the road and the bottom of the car.

Similar to a rear spoiler, a front spoiler also has a double benefit for your car. For starters, by preventing air from getting beneath your car, it creates an area of low pressure. It has the same effect as increasing pressure on top of your vehicle, which means more downforce. Next, since there’s less wind rushing beneath the car to press against exposed parts, there’s less drag. 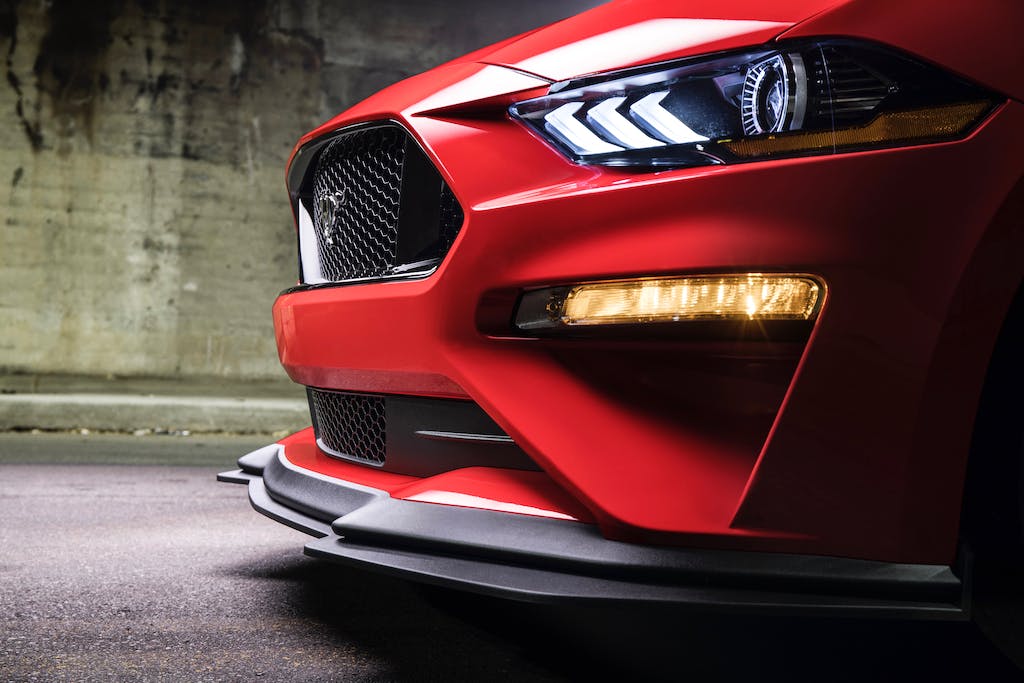 What Is a Front Splitter?

Front splitters can help you get a bit more of an advantage from front spoilers. A splitter is a horizontal projection from the bottom of the spoiler and looks like a small shelf. More importantly, it acts like a small wing to boost downforce at the front of the vehicle.

Some cars that don’t have dedicated front spoilers feature front splitters. These extend directly from the bottom edge of the vehicle.

Shopping for a car? Every Carfax Used Car Listing comes with a free Carfax report 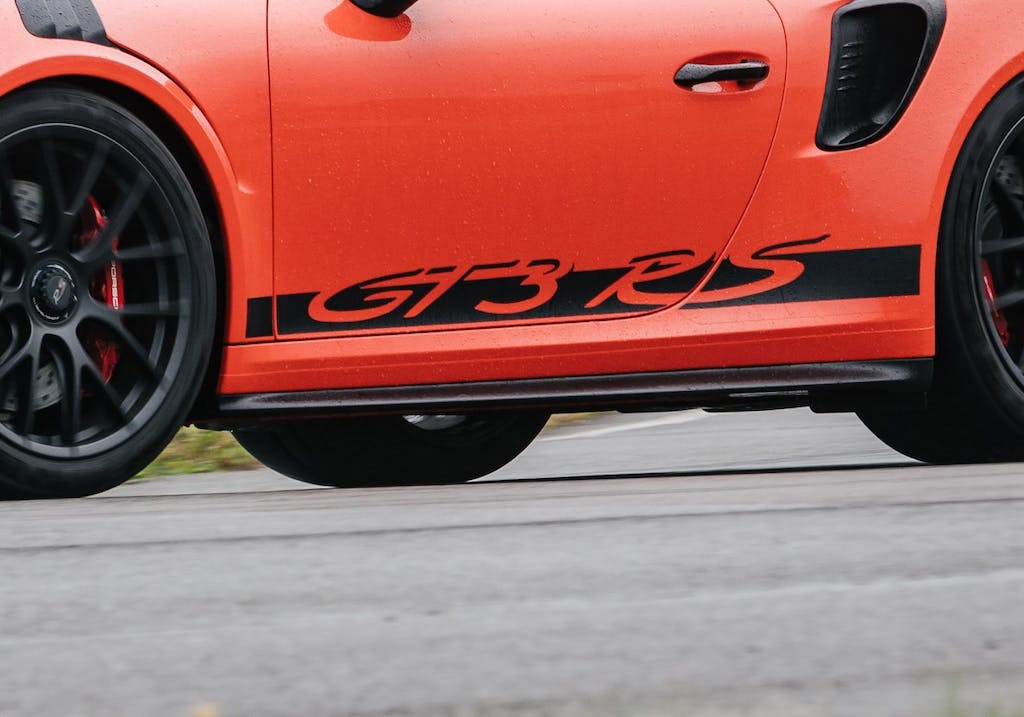 What Are Side Skirts?

To further improve underbody aerodynamics, you can add side skirts. They’re essentially air dams on the sides of your car. Side skirts prevent air from getting beneath your vehicle by minimizing the space between the road and your rocker panels. Those are metal pieces on the lower edge of your car between the front and rear wheels. 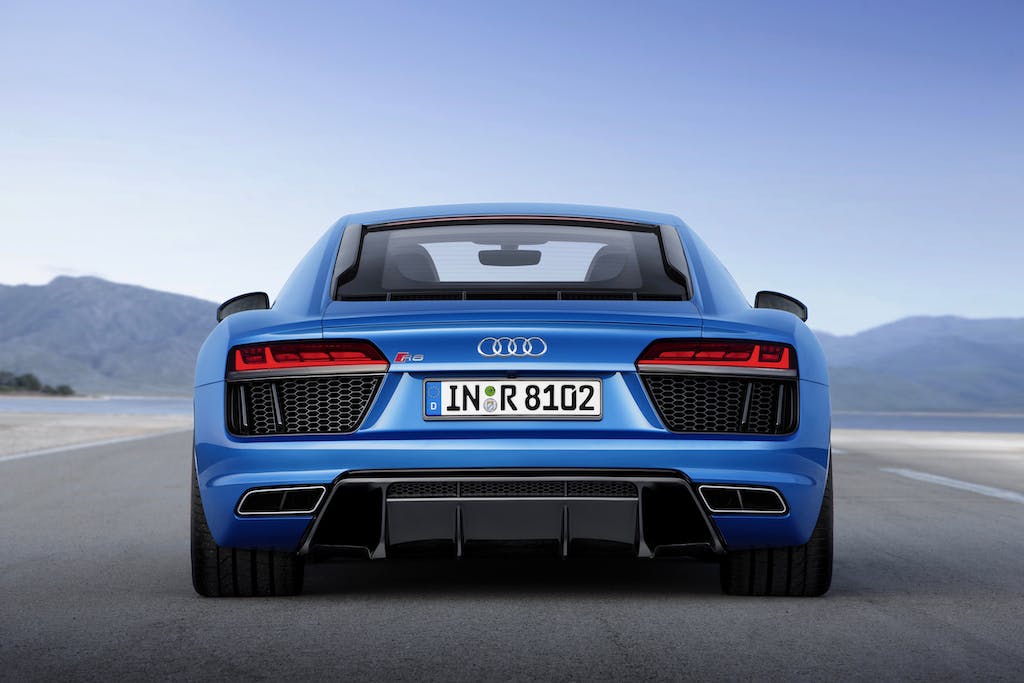 What Is an Air Diffuser?

So far, much of our focus has been on restricting how much air can get below your car or truck. Air diffusers deliver an advantage from the wind that does get under there. You can find them peeking out from beneath the rear bumpers in a variety of sporty cars. They can be easy to notice, because they have prominent front-to-back ridges and channels.

Wind sweeps under your vehicle and into those channels, which speeds the air flow. In turn, that supports the low-pressure area beneath your car for more downforce.

Air diffusers also smooth turbulence behind your car, where the under-vehicle airflow rejoins the airflow from over the top. 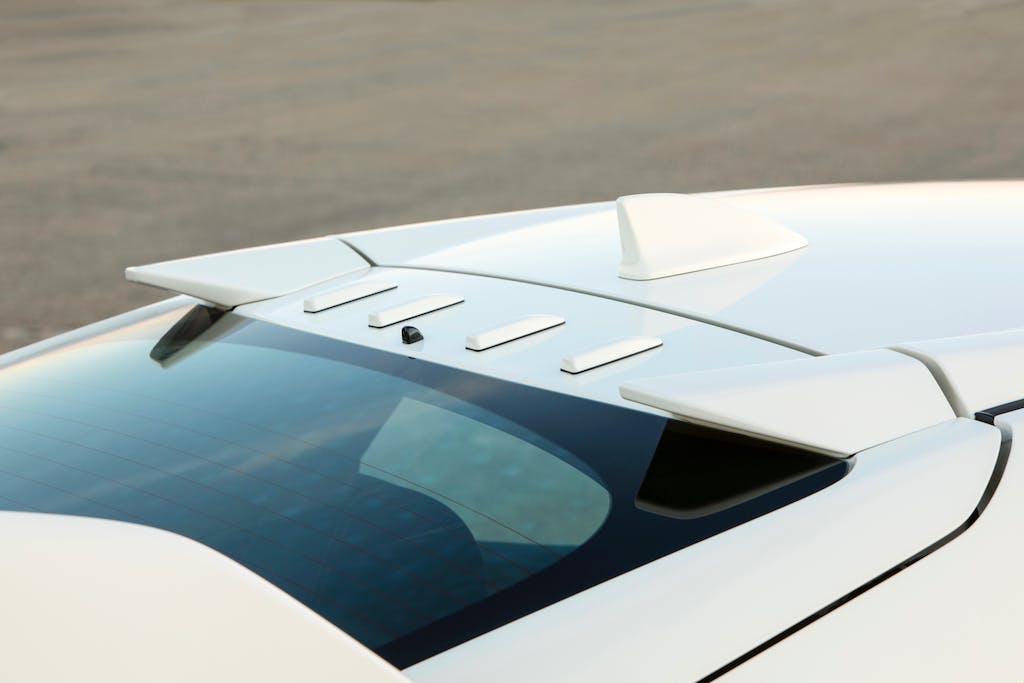 What Is a Vortex Generator?

One of the coolest-sounding aerodynamic innovations is the vortex generator. It follows the same principle as the spoiler, creating a small amount of turbulence in one place to ensure better aerodynamics for the vehicle as a whole.

Vortex generators are little bumps, or fin-like projections. They are incorporated at key places around a vehicle’s body where slow, unmoving pockets of air can develop. As wind strikes the vortex generators, the stream is disrupted and tiny areas of spinning air develop behind the projections. These vortexes pull the main airflow in tighter to the car’s body to help eliminate the dead spots.

Carfax has great tools, no matter where you are in the car buying, owning, or selling journey. Interested in buying a car? Every vehicle in Carfax’s Used Car Listings comes with a free Carfax report. You can also purchase a Carfax report separately, if you want more information on a vehicle you’re considering elsewhere. Carfax Car Care is a great tool for maintaining your car, with helpful service reminders, recall alerts, and more. And with Sell My Car, you can get a cash offer for your vehicle based on a VIN-specific value.