What Are LATCH Car Seat Anchors? 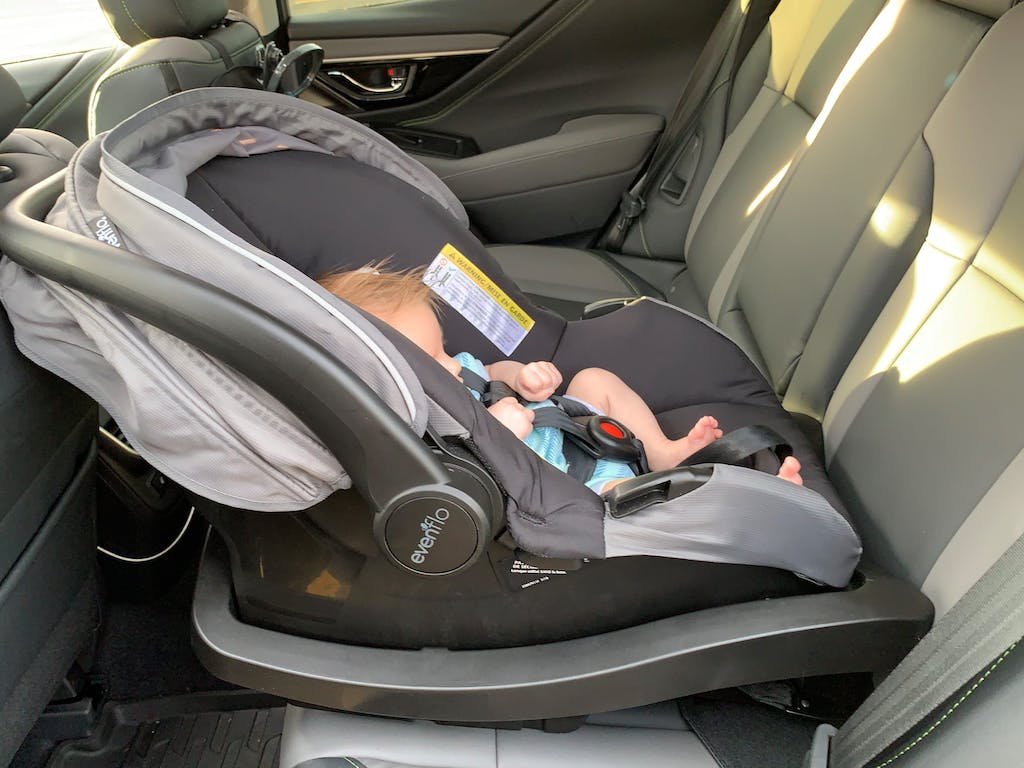 What Are LATCH Car Seat Anchors?

LATCH, which stands for Lower Anchors and Tethers for CHildren, is a method for securing a child’s car seat inside of a car. It uses metal loops in the car, and hooks and straps on the car seat. LATCH was designed as an alternative to using seat belts to secure the child seat.

How Do You Use LATCH Connectors?

First, let’s look at the two types of LATCH anchors: 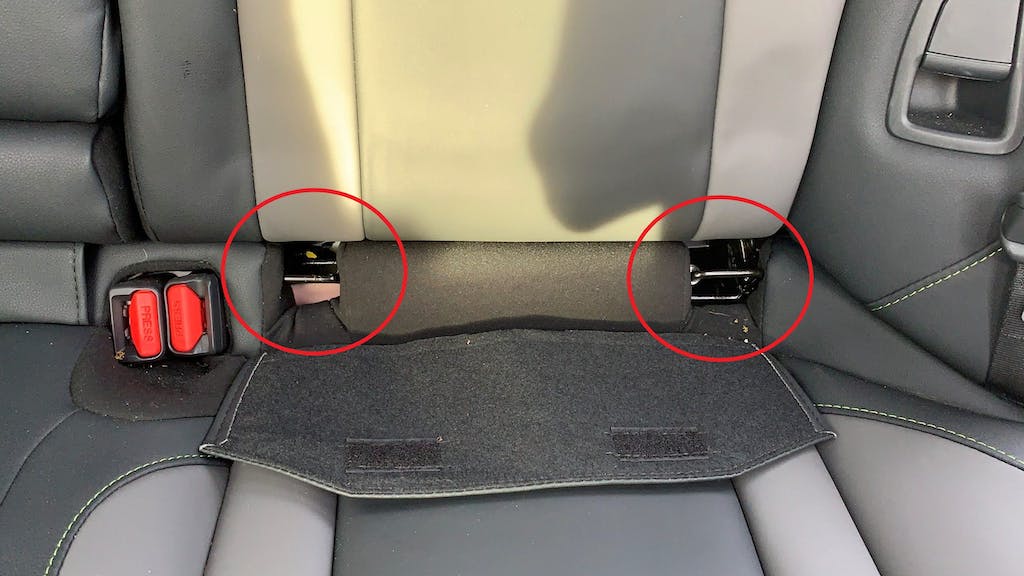 If you have trouble identifying or locating the anchors, consult your vehicle’s owner’s manual. 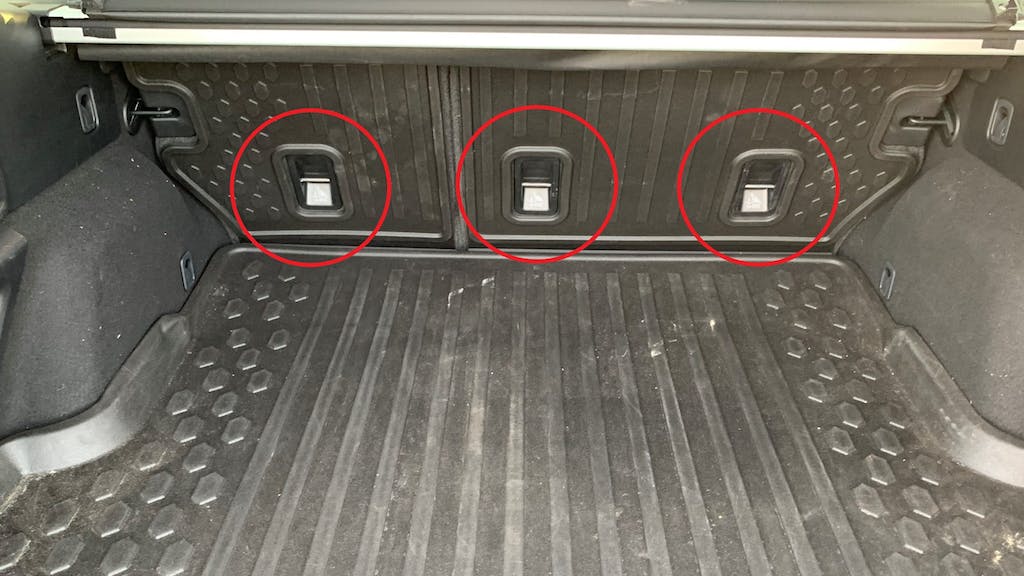 Now, let’s take a look at the three main types of car seats:

The lower anchor connectors are usually hooks, or straps with hooks. In general, these should not be used in combination with the car’s seat belt. The tether on a forward-facing car seat is a strap that helps stabilize the car seat, reducing movement of the seat and the child in the event of a crash, and is designed to be used in conjunction with the lower anchors. Tethers are not included on most booster seats, or on most rear-facing child seats. On a convertible seat, which is used front- or rear-facing, depending on the age or size of the child, the tether generally should not be used when the seat is installed in the rear-facing position, unless the seat’s user manual directs otherwise.

After installation, pull and push the child seat. If it’s installed correctly, it won’t move more than one inch side-to-side or back-and-forth. If you have questions or concerns, look for a local child safety seat inspection site to have your installation checked by a certified technician. The NHTSA website has a locator for this service. 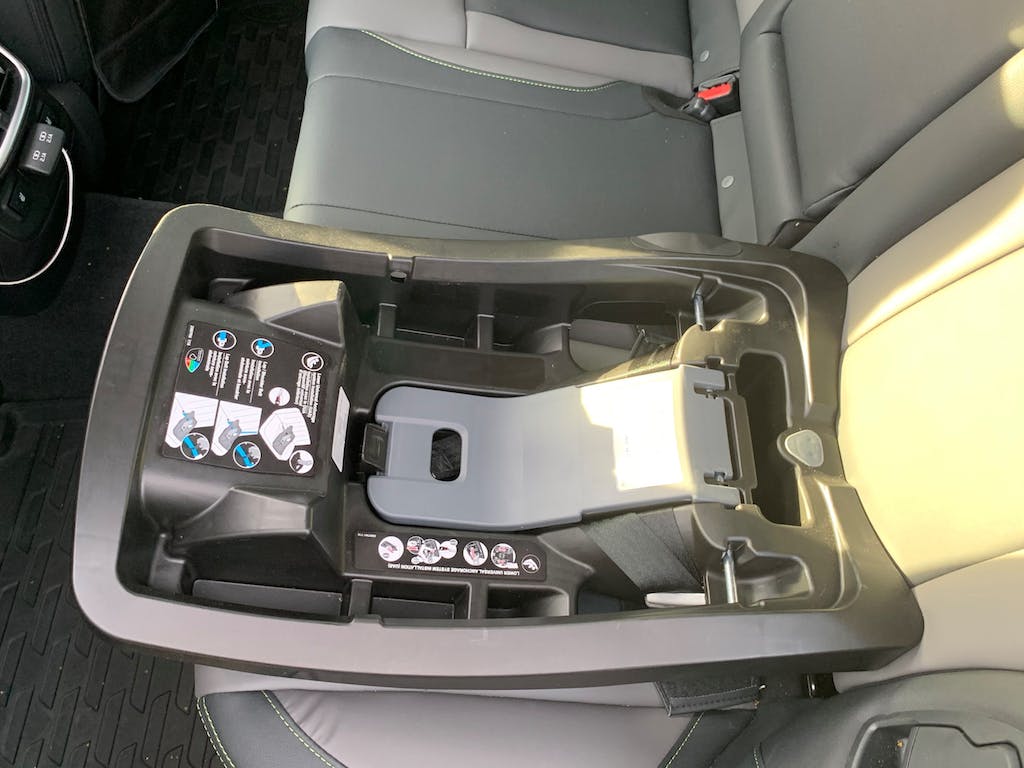 As of February 27, 2014, the National Highway Traffic Safety Administration (NHTSA) required child seat manufacturers to label the seat with the maximum weight of the child for safe use of the lower anchors. If the child exceeds this weight, but still fits the seat’s overall height and weight limits, the seat should be installed using the car’s seat belt instead of the lower anchors.

However, the acceptable weight for the lower anchors can also vary by car make and model, so both the car seat instructions and the car’s owner’s manual should be consulted when installing a seat.

IIHS Ease of Use Ratings

The IIHS began rating LATCH hardware for ease of use in 2015, based on research showing that the system didn’t necessarily make it easier or more effective for consumers to correctly install car seats. IIHS LATCH ratings, when applicable, are shown on a car’s IIHS rating page and include a diagram showing the locations of the car’s built-in LATCH hardware. According to IIHS, common problems include lower anchors that are too deep in the seat cushions to easily access, and upper tethers that are hard to find or reach, which may cause some parents to intentionally or accidentally connect the tether somewhere else.

As of the 2019 model year, IIHS rated almost 75% of that year’s vehicles for good or acceptable ease of use. That’s a significant improvement from the first ratings in 2015, when most vehicles got a poor or marginal rating. IIHS notes that Subaru and Toyota (including Lexus) generally earn the highest ratings, and currently have the most vehicles with Good+ ratings. It’s worth noting that pickup trucks still generally have the trickiest LATCH systems because the rear seat backs up to the cab, making it difficult to locate easy-to-access hardware.

When it’s time to shop for a car, check the IIHS LATCH ratings and take along your child seat to see if you’re comfortable with the installation. Our Car Research section has more information about the IIHS’ LATCH ratings for each vehicle.

State laws that regulate how child seats are installed vary, so check your own state’s requirements. Many specify the type of restraint used based on a combination of age, weight, and height. Some states also have specific requirements for how restraints are used, and where the seat is located within the car. Find your state’s laws on your state’s motor vehicle department website or AAA’s digest of motor laws site.

Car seats can also be installed with seat belts, but it’s more difficult to do that correctly. Seat belts are very effective, when used correctly, but the rate of incorrect usage was high, contributing to an overall child restraint misuse rate of 72.6% prior to the introduction of LATCH, according to a 2004 NHTSA study. A May 2015 NHTSA study showed a child restraint misuse rate of 42%, including misuse of the LATCH system, as well as other installation and use problems.

Though these statistics indicate LATCH has helped improve car seat installation somewhat, it’s very important that parents, and anyone else who has young passengers, become familiar with the system for safe car and booster seat usage.

LATCH Anchors Are Required by Law in Cars

LATCH system components have been required in passenger vehicles since model year 2003 and on child restraints manufactured beginning in 2002. By law, LATCH connectors are built into the car as well as the car seat.

According to carseat.org, the requirements include all passenger cars, trucks, and multipurpose passenger vehicles under 8,500 pounds, and buses under 10,000 pounds. Convertible cars and school buses are exempted.

Buying and Ownership Resources From Carfax

Looking to buy after you sell? Carfax is your No. 1 source for used cars. Every car in our Used Car Listings comes with a free Carfax Vehicle History Report.

Use Carfax’s Sell My Car tool to get cash offers from local dealers.

About the Author: Cherise Threewitt

I have 15 years of experience with the auto industry as a freelance writer and editor. In addition to Carfax, recent bylines include HowStuffWorks, U.S. News & World Report, Hagerty, the Chicago Tribune and CarGurus. My hobbies include boxing and dance classes, paddle boarding and reading. Though the Volkswagen/Audi community was my gateway to my love of cars, I now own a 2019 Subaru WRX Series.Gray and a 2020 Subaru Outback XT Onyx Edition, as well as a Genuine Buddy 150 scooter and a Honda Grom. I live in Chicago.

Great CPO Deals on Used Cars, Trucks, and SUVs Certified pre-owned (CPO) cars can be a great choice for many reasons. However, perhaps the most enticing and advantageous reason to seriously consider a CPO car is that many automakers offer special incentives on their CPO vehicles, much like they do…