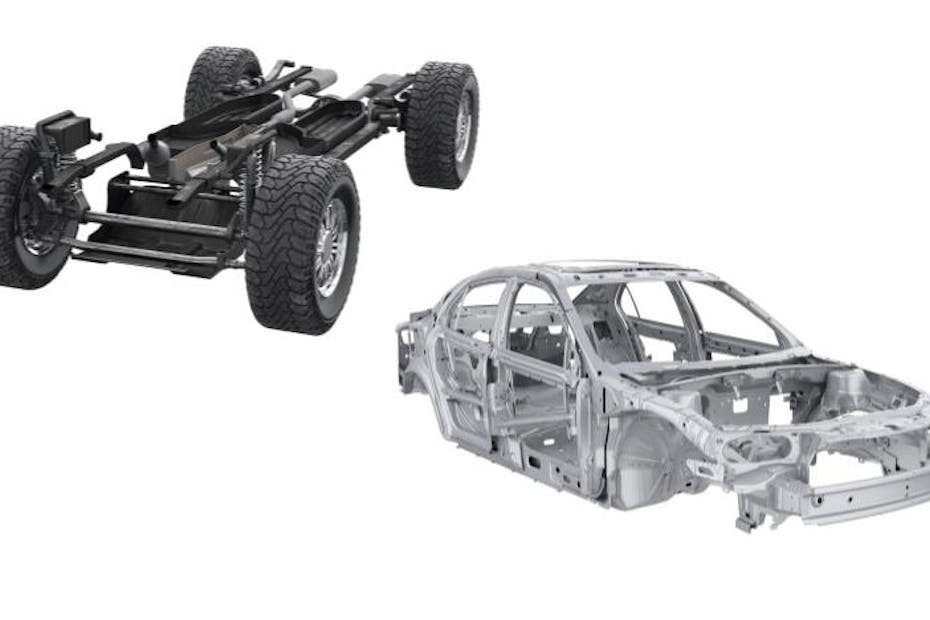 Now, those worlds have merged some: The Honda Ridgeline is a unibody pickup truck that has similar performance to its body-on-frame rivals. It does, however, slip some when it comes to payload and towing capacity.

The Ridgeline won’t be alone for long: Hyundai has confirmed that it will launch its own small unibody pickup in the near future.

But that doesn’t mean body-on-frame vehicles are going away. The Jeep Gladiator pickup uses a body-on-frame approach, and other new entries are expected soon.

With these two approaches continuing to compete, let’s take a quick refresher course on the differences between the two. 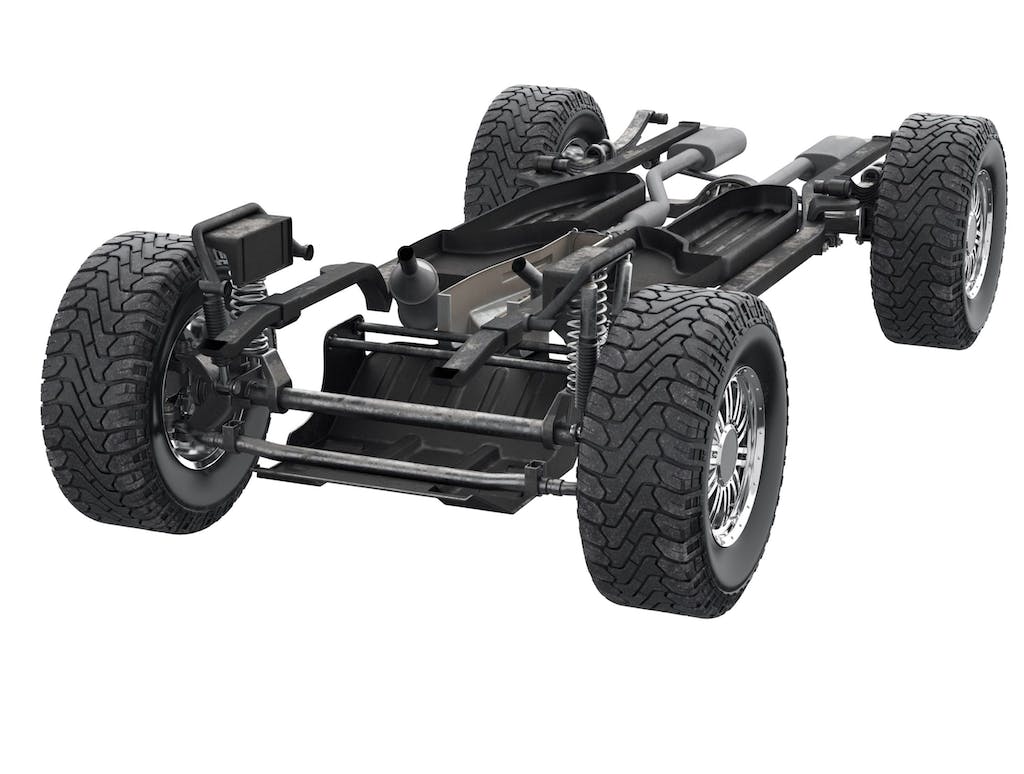 This is the traditional method of assembling a car or truck. This process starts with an underlying frame, and then the vehicle’s body sits atop that. For body-on-frame pickups, the bed is mounted on the frame separately from the cab. Indeed, if you look closely at the side of a body-on-frame truck, you’ll be able to see exactly where the cab ends and the separate bed begins.

The frame generally features two long rails of high-strength steel that are connected by shorter steel cross-members. As a result, these are often called ladder-type frames.

That solid foundation remains important for towing and hauling capability, and it’s better able to stand up to extreme twisting forces, too. This is a major advantage for off-roaders traveling over uneven terrain. On the road, however, body-on-frame vehicles are heavier, which means they get worse fuel economy. Also, the same rigidity that’s so helpful on a trail creates a noticeably harsher and less forgiving ride on the pavement. 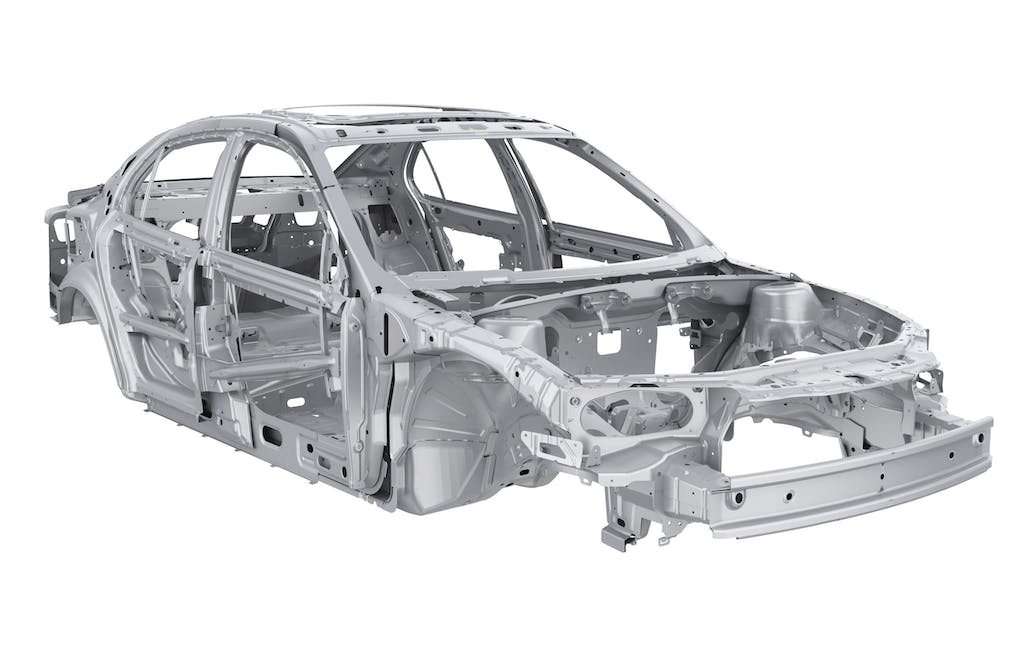 When it comes to unibody construction, the body and frame are considered one unit. Now to be clear, that structure, sometimes called a monocoque, is actually composed of individual pieces. For the Cadillac CT6, as one example, 13 different materials have been welded, riveted, and screwed together to create its body structure, which also uses structural adhesive in some places.

A key benefit is that not all of those pieces have to be made of heavier metals such as steel. In fact, as automakers continue to reduce vehicle weight and improve efficiency and performance, they’re also introducing body structures made with lightweight materials like aluminum and carbon fiber. This doesn’t affect safety, because unibody vehicles usually incorporate crush zones and other structures specifically designed to keep crash forces away from occupants.

Along with their advantages in terms of weight, fuel-efficiency, safety, and performance, unibody vehicles have gotten a big boost from the rise of computer-aided design and engineering. Before the unibody approach arrived, putting fresh bodies on top of pre-existing frames was a simple way to deliver a “new” vehicle. Today, though, technologies have made unibody design less complicated, reducing the need for as many expensive physical models before production begins. 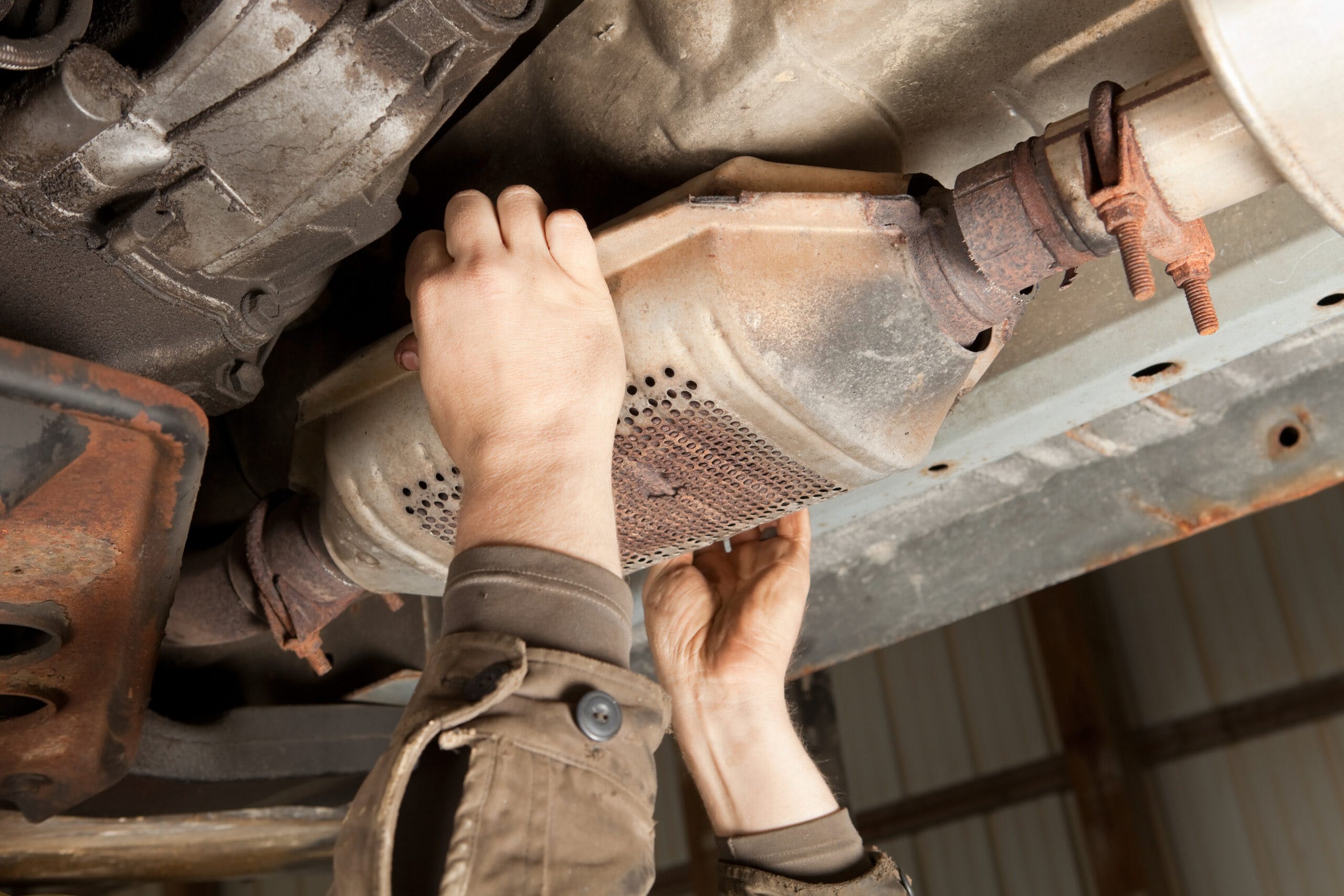 What Is a Catalytic Converter?

Catalytic converters are a key component of a car’s emissions system, and an expensive one to repair or replace. 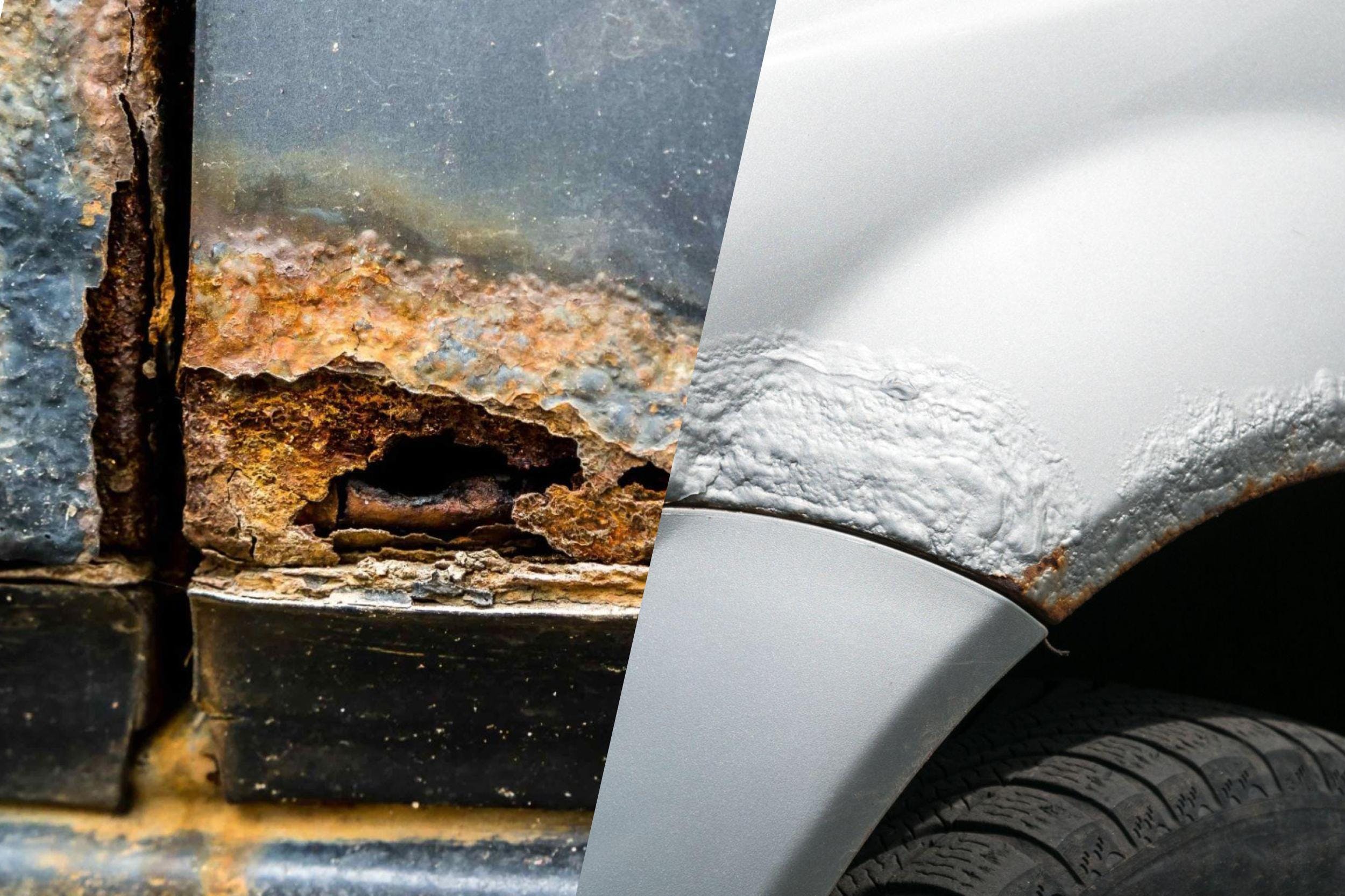 Car Rust: How Much Is Too Much? (and How to Fix It)

A little rust on a car’s body is fairly common, but if it gets into a vehicle’s frame, it can become a safety issue. 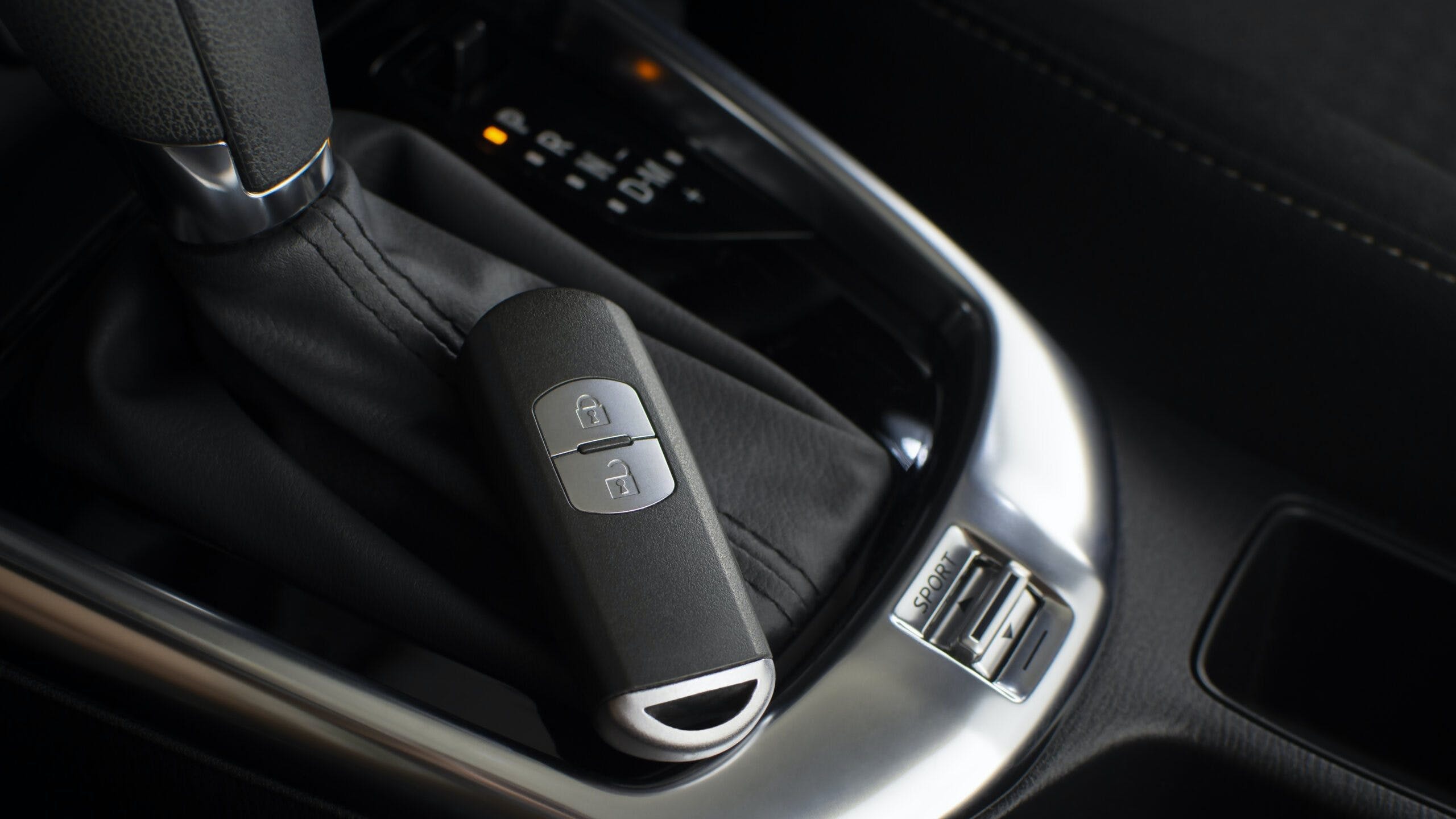 How to Replace Any Lost Car Key or Fob

This guide covers what to do when you lose your car keys, and what it might cost to replace them.