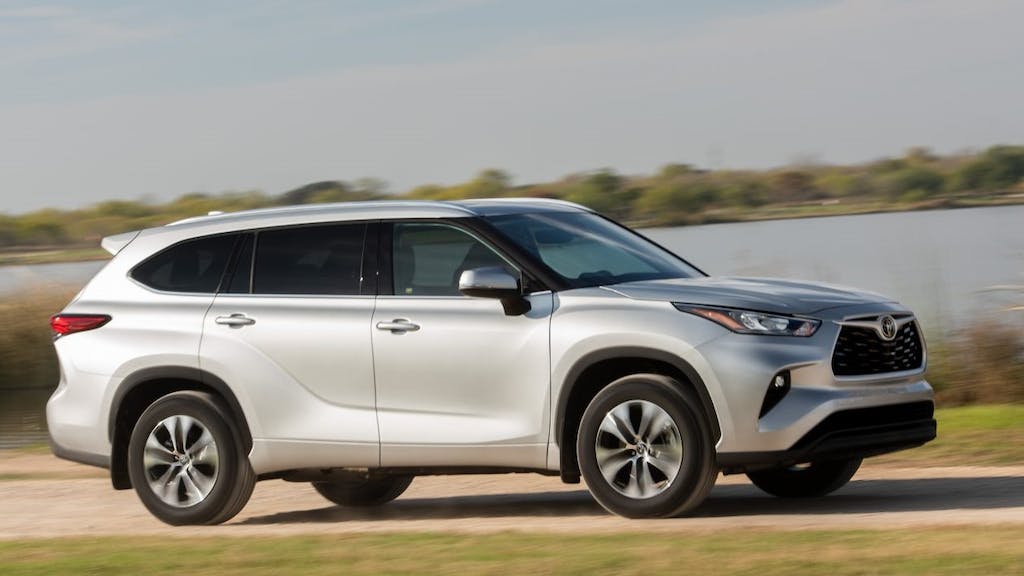 The 2020 Toyota Highlander has a sleek new look, inside and out, but it’s the same three-row crossover SUV that America loves. It remains a great choice for a family vehicle, and the upgraded styling makes it feel more upscale. It’s definitely on the pricey side.

We tested the new Highlander for a week, and these were our impressions. 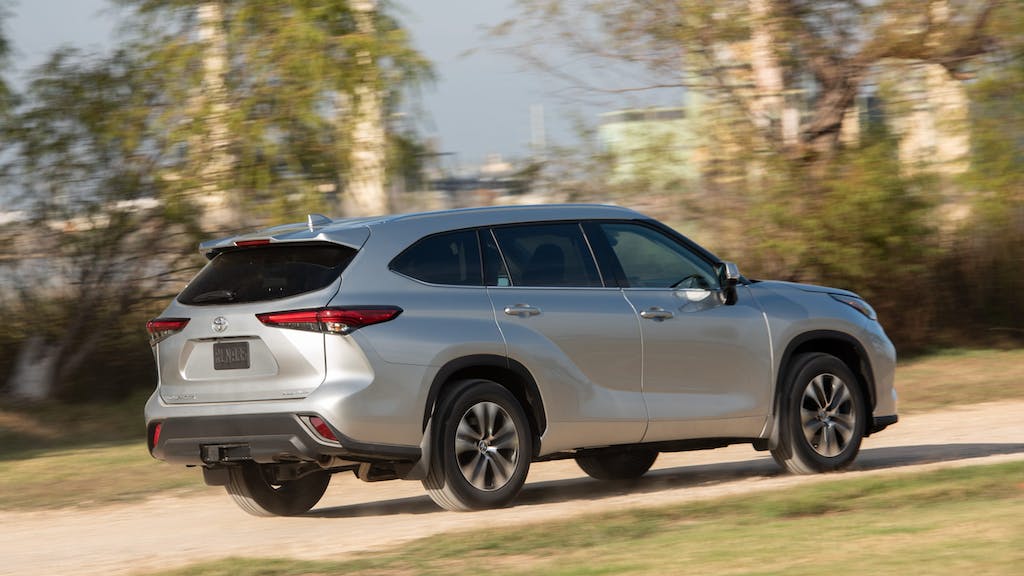 The Highlander has no trouble getting up to speed, with strong, smooth acceleration from the standard V6 engine (a 4-cylinder is no longer an option, though the hybrid still is). Many competitors are eliminating V6s in favor of turbocharged 4-cylinders, which is a shame. In my experience, a V6 is smoother, quieter, more reliable, and can get nearly the same fuel economy.

The engine stop/start system can help you save fuel, but this one was a pain. Normally, the complaint about stop/start is that it’s too hard to turn off; this one was too hard to turn on. Every time you stop, you have to press the brake hard to stop the engine. Then, you have to keep firm pressure on the pedal the whole time you’re stopped. I know Toyota is doing this to make the system less annoying in stop-and-go traffic, but I wish the engine would just stop when the car does.

The Highlander’s ride is a little firmer than I remember it being in older models, but it also handles better. It’s still not as sporty as a Mazda CX-9, which leans less in corners, but it’s fine for the class.

Interestingly enough, there are more off-roading features in this new Highlander. I’m not sure who takes the Highlander off road, but for those who do, there’s a Rock & Dirt mode. There’s also a separate switch for Sport mode, which makes the engine, steering, and transmission more responsive, for slightly snappier acceleration and cornering. 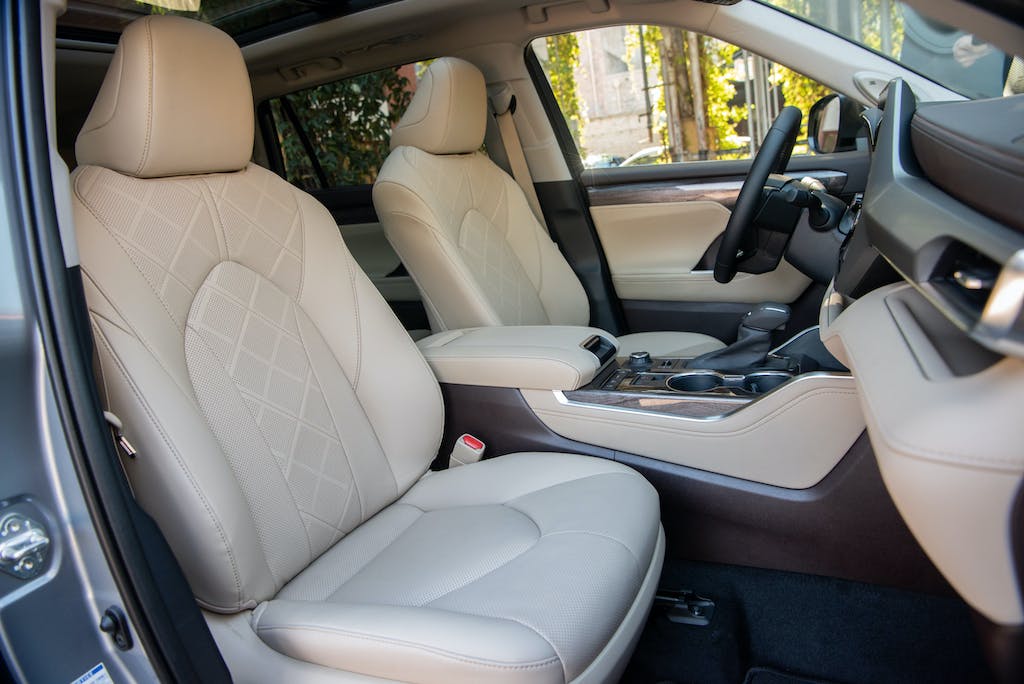 The front seats are comfortable, as you’d expect. The second-row seats have enough head and legroom – there’s a little extra space from an indentation in the roof liner. However, the ceiling around those indentations is low, so it feels a little claustrophobic. The second-row headrests are firm, as well. The third row is tiny – adults can fit, but they’ll be squished. If you’re looking for a roomier third row, check out a Chevy Traverse – or a minivan, such as the Toyota Sienna. 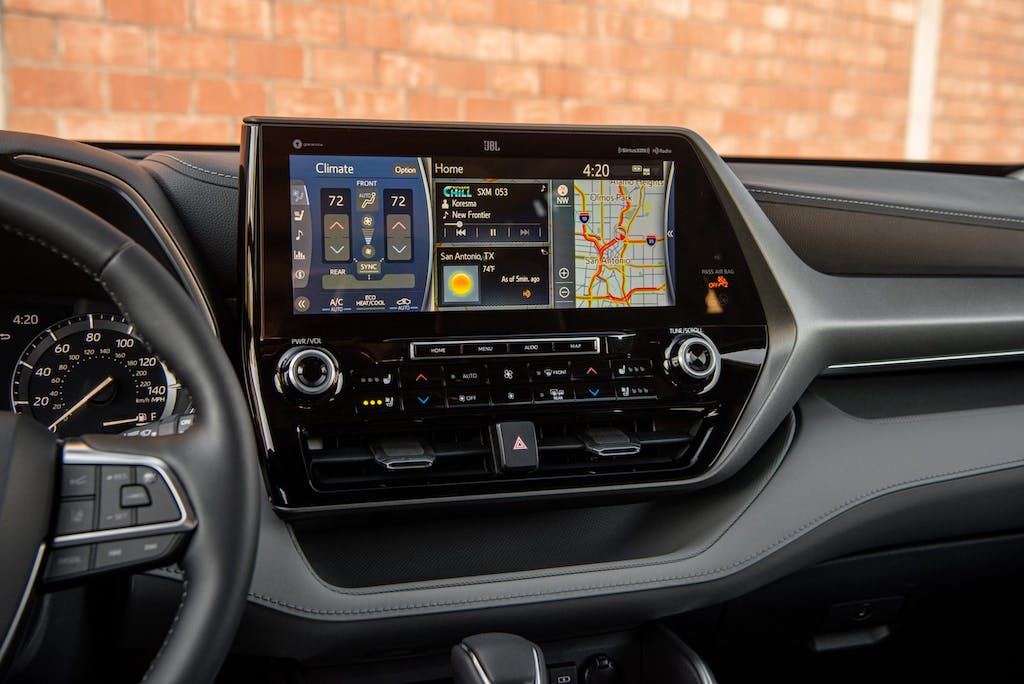 This Highlander has Toyota’s newer infotainment system, with red circular icons. Our midlevel XLE trim had the smaller 8-inch touchscreen, with small buttons around the screen, small volume and tuning knobs, and big temperature knobs. We’d prefer the optional 12.3-inch touchscreen, which has buttons for the temp and large volume and tuning knobs. Unfortunately, that’s only available in the highest trims.

The same is true for other features, like the 360-degree parking camera and the panoramic sunroof. Shoppers can’t even get them as options on lower trims, which could force them to spend a lot more money.

The 2020 Highlander comes with Toyota’s latest suite of safety features, which includes forward collision warning, automatic emergency braking, and lane keeping assist. Blind spot monitoring is optional. As with many new cars, the lane keeping assist system also includes a lane-centering system, which can automatically keep you centered in the lane for short distances.

Not ready for a new vehicle? Find a Used Toyota Highlander or any used SUV

About the Author: Carter MacLeod

I have been covering the automotive industry since my days at the University of Michigan. I’ve worked at Car & Driver, Michigan Radio and U.S. News & World Report, where I was Senior Editor for automotive coverage. As Carfax Managing Editor, I work every day to make buying and owning cars easier for our readers. In my free time, you can find me biking, attending Cars and Coffee and catching the latest movies. My personal cars tend to be ‘90s Japanese sedans with manual transmissions. I serve as Vice President of the Washington Automotive Press Association and live in the Washington D.C. area.

Great CPO Deals on Used Cars, Trucks, and SUVs Certified pre-owned (CPO) cars can be a great choice for many reasons. However, perhaps the most enticing and advantageous reason to seriously consider a CPO car is that many automakers offer special incentives on their CPO vehicles, much like they do…