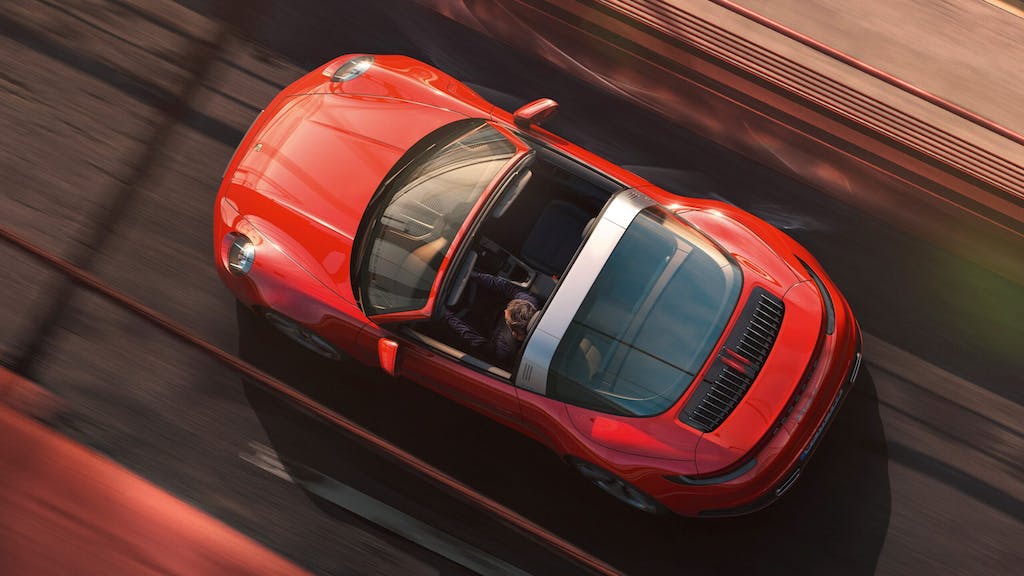 We’ve listed the convertibles above in alphabetical order, and provide more information on each below.

We’ve included the average price for a new model and, since many of these convertibles are available as used models, with very similar styling and features, for much less money, we’ve included the used price from the first year of the current design generation.

We have also listed key specs, like horsepower, and a bit about what makes it unique, to help you determine the best hardtop convertible for your needs. If you want to know even more about the convertible, you can click through to our Vehicle Research section. 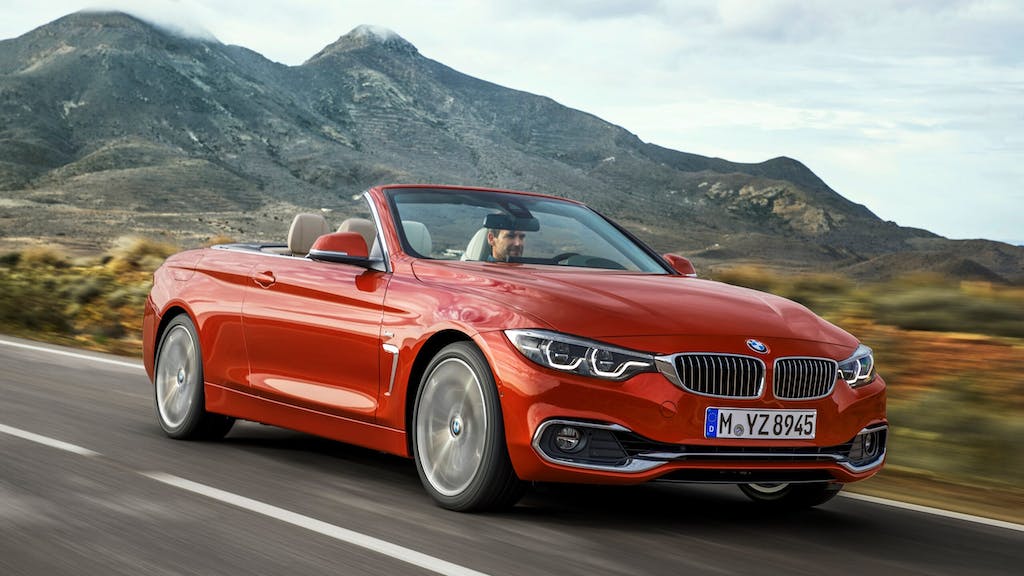 Generation: The 2014-2020 4 Series models have similar styling, and you could save money by considering a used model.

What Makes It Unique: The BMW 4 Series Convertible has a sleek retractable hardtop that gives this German sports car the look of a traditional coupe when it’s in the raised position.

The entry-level turbocharged 4-cylinder delivers more than enough power for most people, not to mention solid gas mileage for such a luxurious drop-top coupe. Better still, the backseat is usable by actual adults, at least for short trips.

The real head-turner and tire-smoker in the 4 Series lineup is the M4, which has 425 horsepower and accelerates from 0 to 60 mph in only 4.4 seconds. 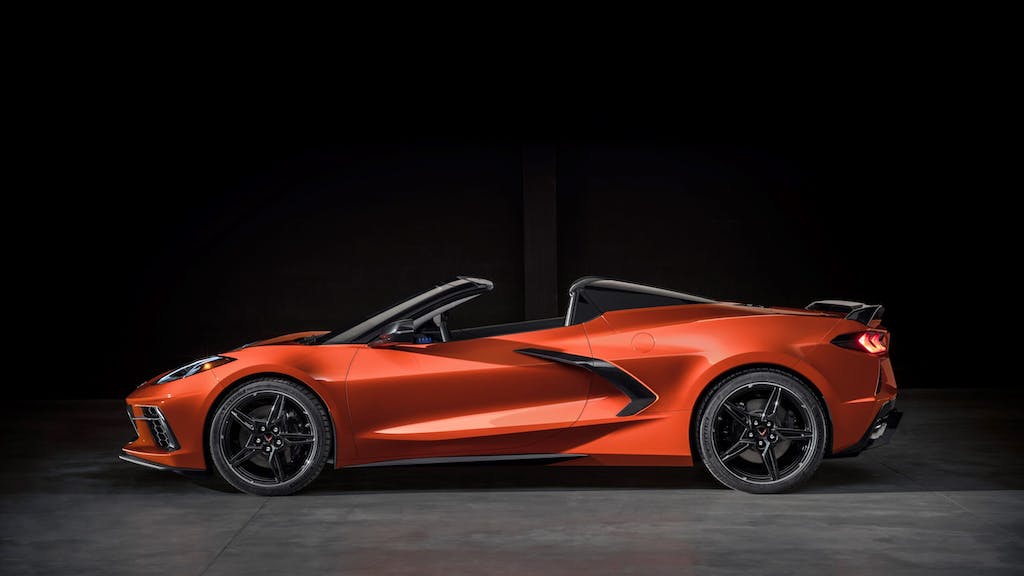 Generation: The 2020 Corvette has been completely redesigned and marks the first time the American sports car has used a mid-engine layout. Buying used will get you an older generation of the ‘Vette, but it’s worth considering, given the potential savings.

What Makes It Unique: The 2020 Chevrolet Corvette represents a complete re-engineering coup for this storied American sports car. For the first time in its more than 60 years of existence, the Corvette moves its V8 engine behind the passenger cabin. The mid-engine layout gives the 2020 Corvette the style and performance of upper-echelon machines from the likes of Porsche, Audi, Aston Martin, and even Ferrari.

Yes, at a glance you could easily mistake the 2020 Corvette for a supercar costing two or three times its price. The Vette’s retractable 2-piece hardtop lowers in less than 20 seconds. Better still, with the top lowered, the Corvette convertible still offers the same amount of cargo room (12.6 cubic feet) as the regular hardtop model (that model has a removable roof as well). 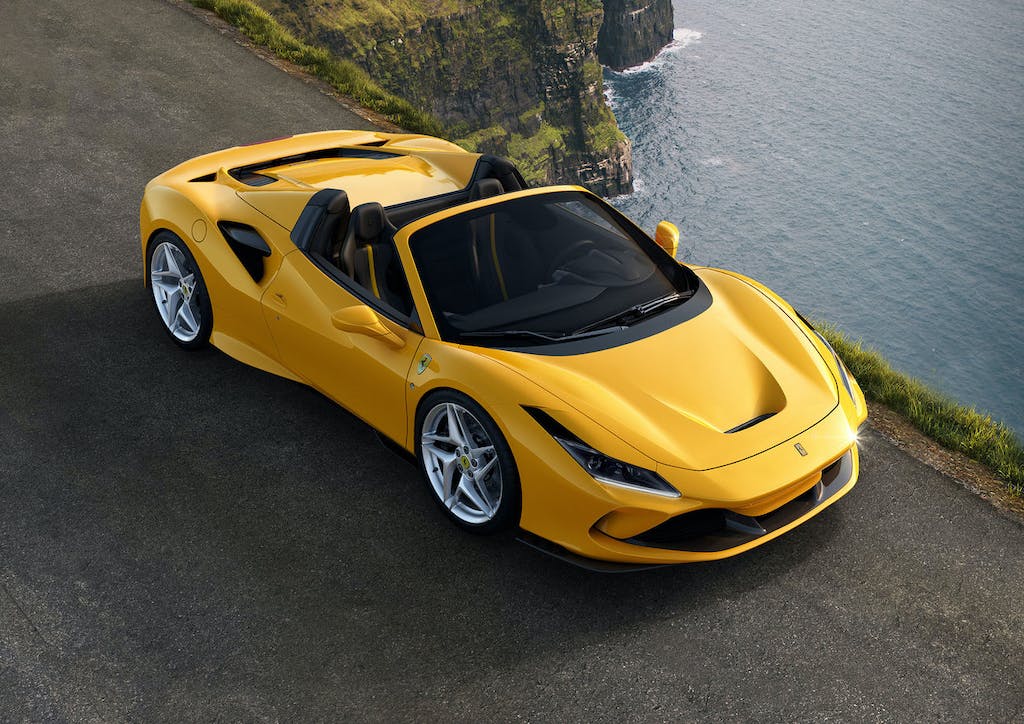 Generation: The Ferrari F8 Spider is brand-new for the 2020 model year. It serves as the replacement for the 488 Spider coupe and convertible.

What Makes It Unique: Did Ferrari need to build a car faster, more exhilarating, and more over-the-top than the outgoing 488 Spider? If you’re a fanatical fan of the Italian automaker, the answer is a resounding “yes.” Thanks to the twin-turbocharged 3.9-liter V8 engine nestled behind the 2-passenger cabin, the F8 Spider has a total of 710 screaming horsepower on offer whenever you want it.

The sprint from 0 to 60 mph takes less than 3.0 seconds, and this supercar’s top speed is north of 210 mph. If you have the means, we highly recommend picking one up. 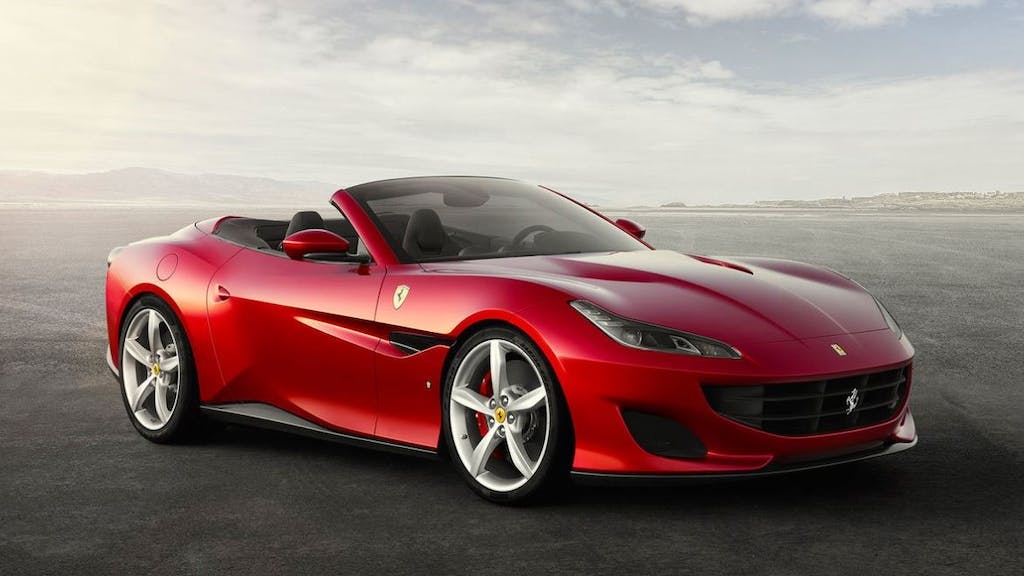 Generation: The Ferrari Portofino first arrived for the 2019 model year. It replaced the outgoing California as the Italian automaker’s least expensive model.

What Makes It Unique: The Portofino is the lowest fiscal point of entry if you want a Ferrari parked in your driveway. Residing beneath the long and voluptuous hood is a 591-horsepower twin-turbo V8 engine linked to a 7-speed automatic transmission. Power delivery is immediate and addictive – few things are sweeter than this motor as the revs climb. Just don’t plan on long road trips, unless your butler is following in a luggage-friendly chase vehicle, because cargo space is in very short supply. But if you can afford a Ferrari Portofino, you can probably afford a new wardrobe at your destination. 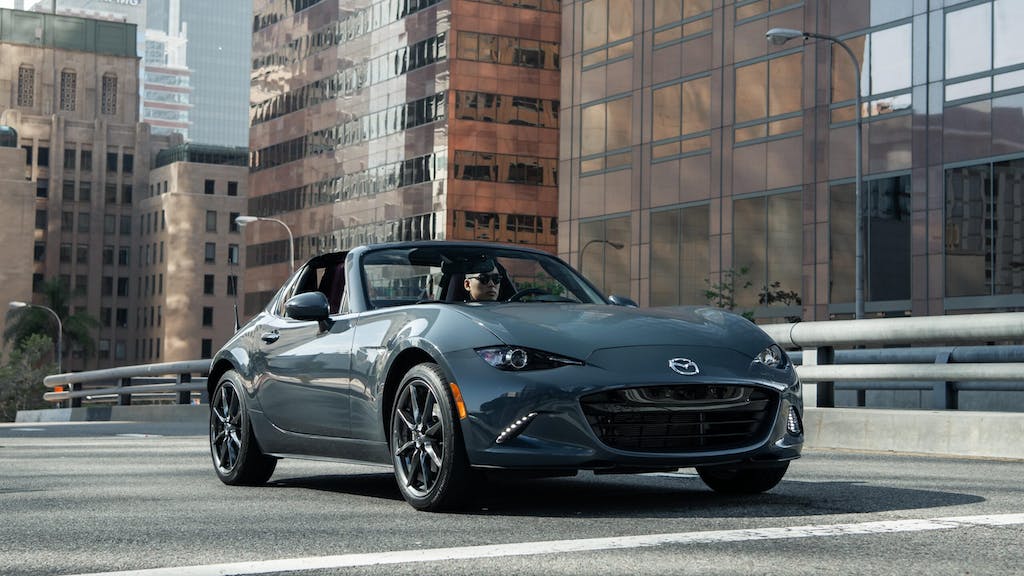 Generation: The Mazda Miata RF with a retractable folding hardtop made its debut for the 2017 model year.

What Makes It Unique: Good news, you don’t need to win the lottery to afford a retractable hardtop convertible. The Miata has been for about 30 years and, over several generations, this roadster has gained in power and features, but never lost sight of what makes it a thrilling little sports car.

While the regular Miata makes do with a quick and simple soft top, the Miata RF has a neatly engineered retractable hardtop.  The design is so seamless, with it up, you’d swear Mazda had turned its tiny convertible into a coupe. While it’s far and away the least powerful car in this list, the Miata RF also has the lowest base price. 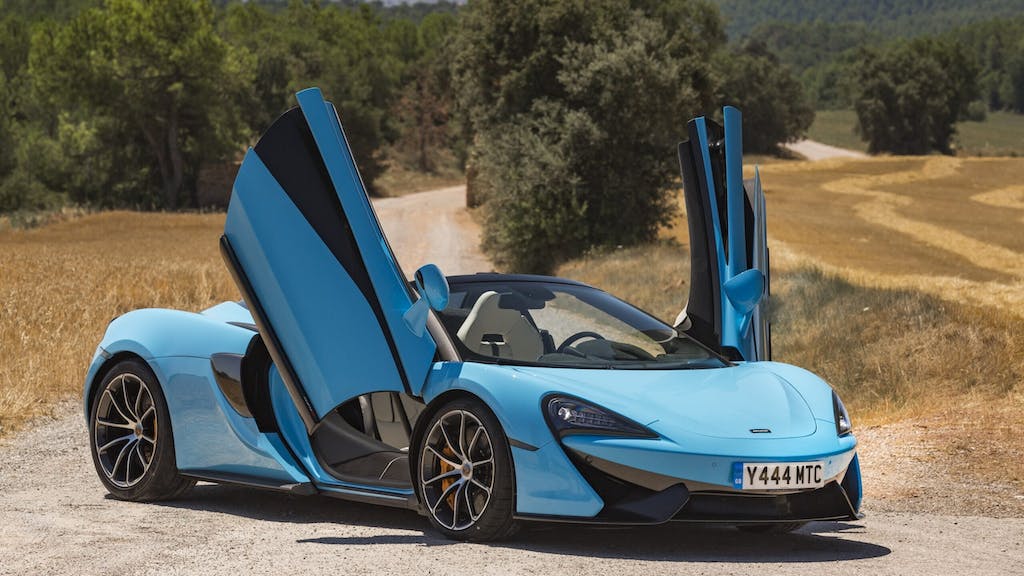 Generation: The McLaren 570S sports car has been on sale since 2015, though the 570S Spider variant first joined the lineup in 2017.

What Makes It Unique: McLaren must have an affinity for retractable hardtops, because the British automaker has no fewer than three in its lineup. The most affordable of them is this one, the 570S Spider. Of course, with a starting price of approximately $210,000, affordability is relative.

Powered by a 562-horsepower twin-turbo V8 engine, the 570S Spider matches this howling motor to razor-sharp steering and enormously strong brakes. The aluminum top takes about 20 seconds to stow away, and the mechanism adds only about 100 pounds to the overall weight of this speed machine. 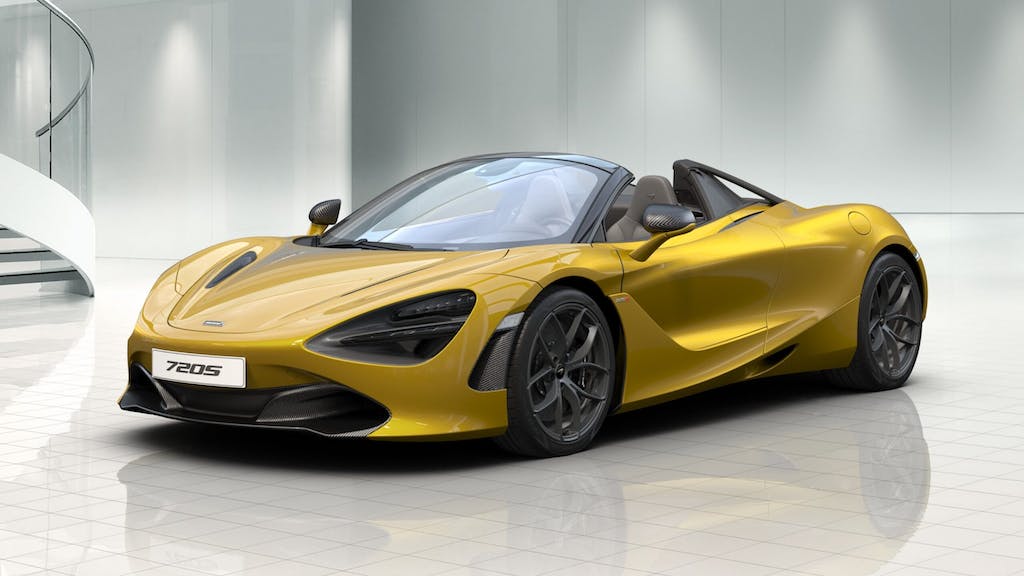 Generation: The 720S Spider has been McLaren’s fastest and most expensive retractable hardtop model since going on sale in 2018.

What Makes It Unique: The McLaren 720S Spider is engineered for speed and incredible grip. The added bonus is that when the sun is shining, you can work on your tan while enjoying a supercar with a top speed of 212 mph.

Lurking behind the 2-passenger cabin is a twin-turbo 4.0-liter V8 engine that delivers 710 horsepower to the rear wheels. One caveat is that when the carbon-fiber top is lowered, the McLaren’s electronic brain limits ultimate top speed to 202 mph. Anyone crazy enough to approach this limit with the top down will likely end up looking like a NASA astronaut undergoing g-force testing. 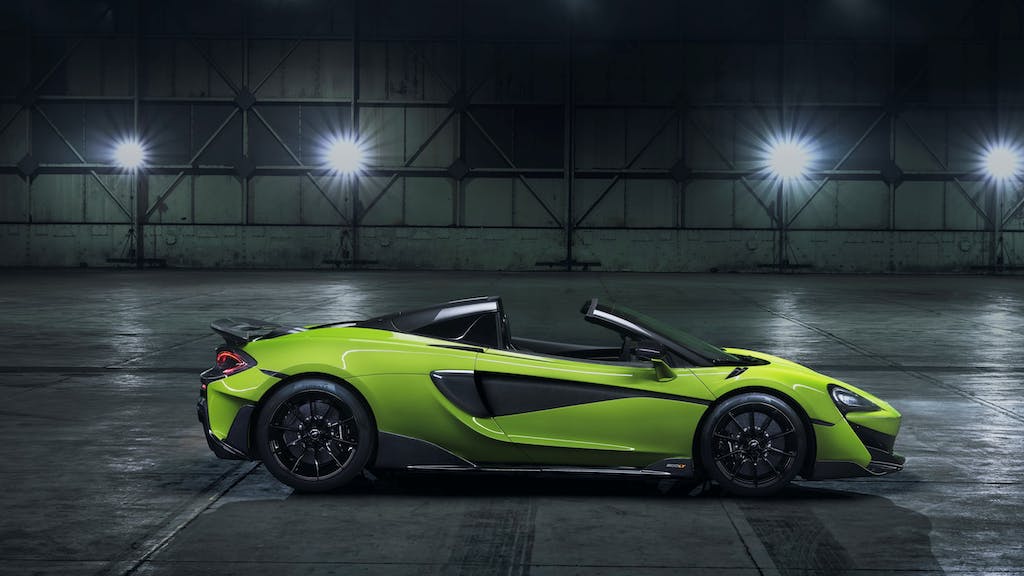 Generation: The McLaren 600LT Spider is a more extreme variant of the 570S sports car. Longer and lighter than its already potent stablemate, the 600LT Spider first went on sale for the 2019 model year.

What Makes It Unique: The twin-turbo V8 engine used in the 570S Spider churns out an extra 30 horsepower in the 600LT. Punch the gas and hold on; you’ll need less than 3.0 seconds to sprint from 0 to 60 mph. The top speed is listed at 201 mph, so wearing your favorite baseball cap might not be a great idea with the roof down.

Stretching about 3 inches longer than the 570S, the 600LT has larger aerodynamic appendages at the front and rear for extra downforce. To keep weight as low as possible, the folding roof is made out of carbon fiber. It tucks away in about 20 seconds and can be stowed at speeds up to 25 mph.

One added wild detail is how the 600LT Spider’s exhaust exits from the top of the car, above and behind the mid-mounted engine. 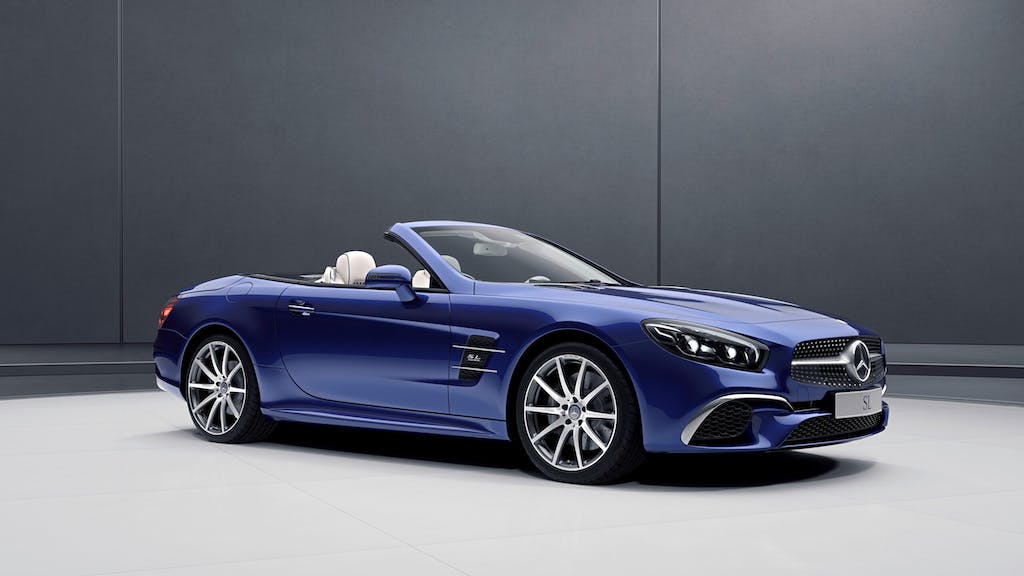 Generation: The SL-Class received its last design freshening for the 2017 model year. This sixth-generation of the Mercedes SL range arrived back in 2013.

What Makes It Unique: Elegance and power – these have long been hallmarks of the Mercedes-Benz SL. For decades the SL has represented the German automaker’s pinnacle of open-air opulence. While some sportier and more expensive interlopers have recently joined the Mercedes lineup, the SL remains the ideal choice for many well-heeled convertible buyers.

Powered by either a twin-turbocharged V6 engine or twin-turbo V8, the SL is quick to accelerate and coddles occupants in leather-lined luxury. The top can be lowered on the move, at speeds up to 25 mph. It also features a glass panel with adjustable tint to allow more or less sunlight into the cabin. 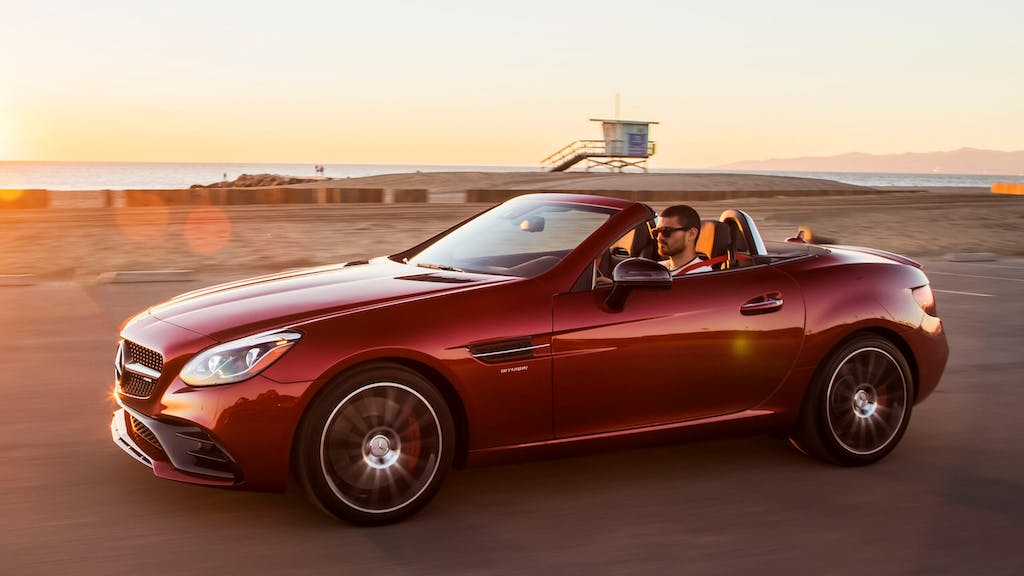 What Makes It Unique: The Mercedes-Benz SLC is entertaining to drive and happens to be the least expensive convertible in the Mercedes lineup. Granted, the base price of $49,950 isn’t cheap, but the SLC impresses with its classy 2-passenger cabin, not to mention its punchy 214-horsepower turbocharged 4-cylinder engine. This gives the SLC300 a sporty character.

The optional 385-horsepower turbocharged V6 engine in the SLC43 takes things to another level. Hit the gas pedal and the SLC43 needs less than 5 seconds to run from 0 to 60 mph. The folding hardtop can be stowed at speeds up to 25 mph and, like its big brother the Mercedes SL, there is an optional glass roof with a variable-tint function. 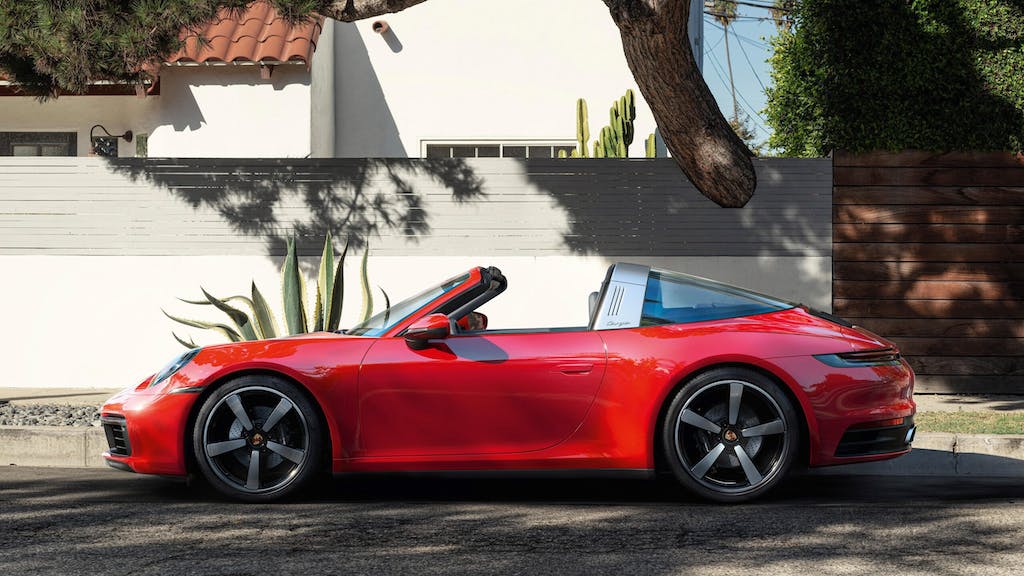 Generation: The Porsche 911 range, including three choices of Targa models, have all been redesigned for the 2021 model year. The previous Targa first went on sale in 2015.

What Makes It Unique: Think of the Porsche 911 Targa as a nearly there convertible. While it’s true the roll hoop and rear window stay fixed in place, the process by which this German coupe lowers its central roof panel is something you have to see to believe. The expansive rear window and roll hoop lift skyward, as the section of roof over the driver and front passenger tucks neatly beneath it.

In the past, a 911 Targa owner would manually pop out the center section and stow it away themselves. How times have changed.

Available with a 379- or 443-horsepower variant of Porsche’s turbocharged 6-cylinder engine, a new addition is the Targa 4S Heritage Edition. This model features a throwback racing-style paint job and has a top speed of 188 mph.

Pros and Cons of Hardtop Convertibles

Driving doesn’t get much better than having a convertible at your disposal as the sun is shining and the temperature is perfect for taking the long way home. But sometimes the added security and comfort of having a metal roof over your head is undeniably the better choice. Luckily, a hardtop convertible offers the best of both worlds.

There’s no chance of any would-be thief cutting their way into your car when the top is a folding mechanism made of metal, glass, and plastic. And for those times when Mother Nature doesn’t cooperate, the added sound insulation and cabin comfort offered by a hardtop convertible are undeniable. Let’s not forget, the wow factor is also fun. If you’ve seen a retractable hardtop in motion, you’ll know it can be an impressive feat of automotive engineering.

The complexities of a retractable hardtop can make the car much heavier than a standard soft-top convertible, not to mention more difficult to fix should something go wrong.

About the Author: Nick Kurczewski

I love uncovering fun and fascinating car stories, researching every aspect of the automotive world and reviewing the newest makes and models. I've driven a BMW at nearly 200 miles per hour on the German autobahn, and piloted a Zamboni in Manhattan at its slightly slower top speed of 4 mph. I'm based in the New York City area, but recent adventures have included everything from dune driving in the Sahara, to learning how to keep hungry mice from making a home in your car’s engine bay.