Home > Technology > LED, HID, or Halogen: Which Headlights Are Best?

LED, HID, or Halogen: Which Headlights Are Best? 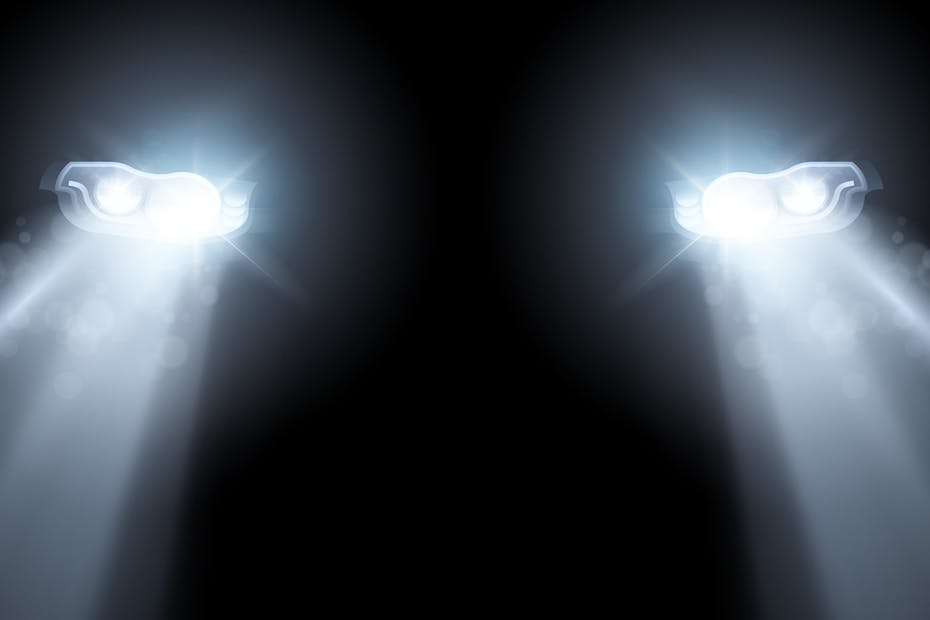 Working headlights are one of the most important safety features on any vehicle, and the majority of today’s automobiles use three different headlight technologies:

We’ll go into how each of them operates, the pros and cons of each approach, and how they compare to each other. 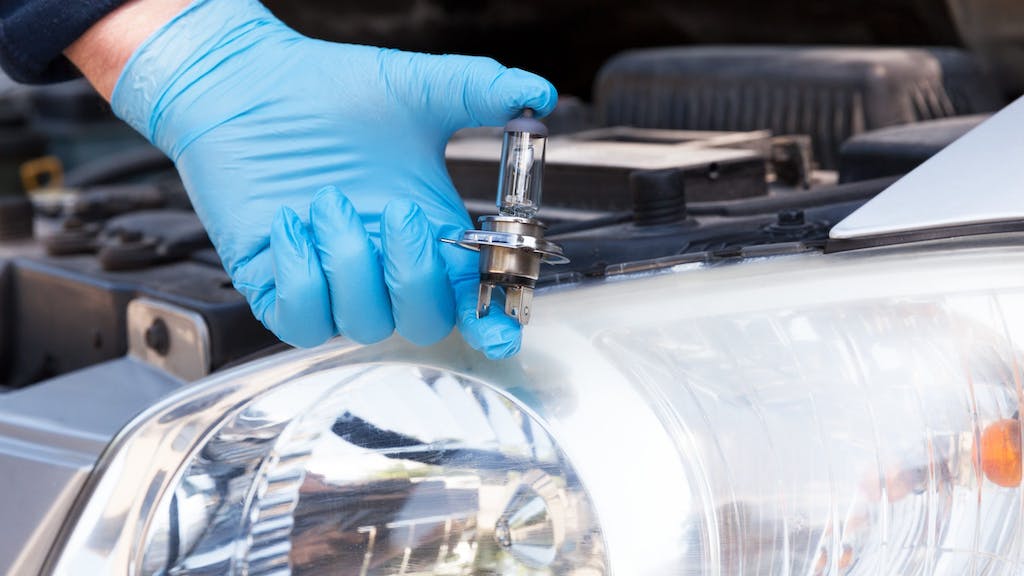 The vast majority of vehicles on the road today illuminate the way with halogen headlights. The technology is similar to the traditional incandescent light bulb. Both use a tungsten element encased in an “envelope.” A traditional light bulb uses a glass envelope, but halogen, because of its higher temperature and more compact design, uses quartz. An electrical current is sent to the element surrounded by gases and it’s converted to light and heat.

Halogen bulbs have an interesting “recycling” feature that increases their brightness and longevity. The gases inside the quartz envelope combine with released tungsten vapor. When the temperature reaches a certain point, the gas combines with tungsten atoms and redeposits them on the filament. This process increases filament life and allows the bulb to burn hotter and brighter. However, they do eventually burn out; average life ranges from 500-1,000 hours, depending on a number of factors. They are also relatively fragile and less efficient than newer, competing technologies.

Low cost, high availability, and ease of maintenance have made halogen headlights a compelling choice for manufacturers and consumers. It’s easy to find new bulbs at the nearest auto parts store, and changing them only takes a few minutes in most cases. 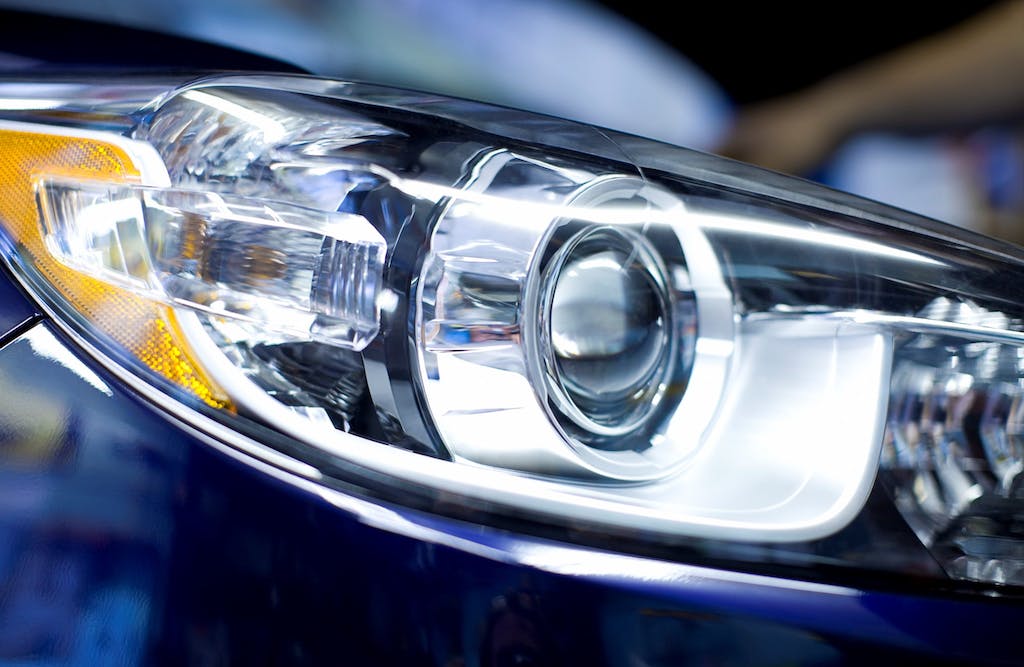 HID headlights work in a similar way to the fluorescent bulbs found in many office buildings. HID light is produced by passing an electric current through an inert gas within a glass cylinder. The result is a bright, whiter light than halogen bulbs. They are also more efficient and typically last longer.

HID headlights are sometimes referred to as Xenon lights because of the gas found inside. They’re often found on luxury vehicles, but they are becoming more available as an option in more affordably priced vehicles. HID light is easier to see during the day, providing better visibility for oncoming traffic and pedestrians. The enhanced brightness can also help the driver identify hazards. They’ve got many benefits, but HID lights are more expensive to purchase and more difficult to find when they need to be replaced. 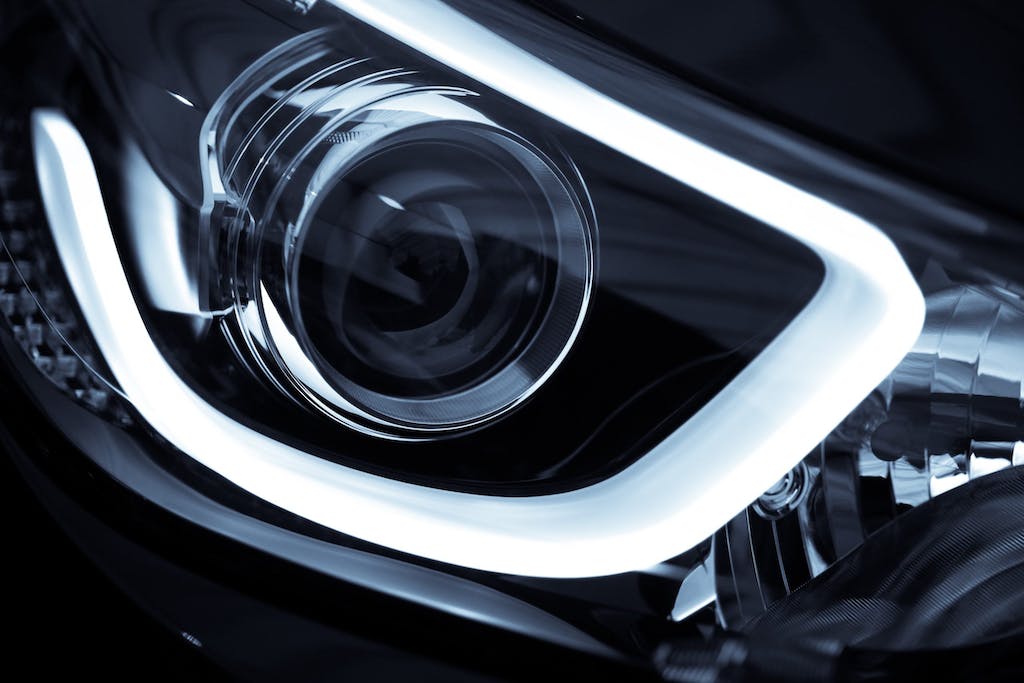 Unlike halogen and HID lamps, LEDs are semiconductors that emit light when powered by an electrical current. Efficient and powerful, a tiny LED light can emit the same amount of brightness as a halogen bulb. Most manufacturers use multiple LEDs of varying brightness to create a signature look. LED lights are more efficient than the other two technologies, reducing wear on the alternator and requiring less fuel to operate. Many electric vehicles use LED lighting exclusively.

Lexus and Audi were among the first manufacturers to use LED lighting. The limited initial application was due to the higher cost of the technology. Today, LED lighting can be found in a much wider variety of vehicles, but is often available as an option. Automotive engineers appreciate the efficiency of the technology and designers often implement LED lights as a way to enhance design elements of the vehicle.

LED lights have a long life. Many units should still be working two decades after they roll off the showroom floor. Of course, that technology comes with a price: LED lights are often much more expensive than halogen or HID counterparts.

Halogen headlights are more affordable and available than HID lights. HID lights are much brighter and produce a whiter light than halogen bulbs, but some of that advantage is lost in automotive applications. Manufacturers must balance the light available to the driver with the brightness and potential discomfort caused to oncoming drivers. On paper, the HID lights win in every category, but in practice, the actual differences depend on the application. In other words, schedule a test drive at night to see if there really is enough of an advantage to warrant paying the higher price.

LED technology is by far the most energy-efficient of the two. The long-term fuel savings should be taken into account, as well as wear on the vehicle’s charging system. LED lights are typically more attractive, potentially giving the newer technology a subjective edge as well. Unfortunately, the brighter light comes at a cost, and LED lighting is far more expensive than halogen. If you are a consumer who keeps vehicles a long time, the higher cost may not be as big of a factor as LED lights can often outlive the usefulness of the vehicle. If the LED lights are available as an option, schedule an evening test drive and see if the difference is noticeable and worth the additional cost apart from cosmetic reasons.

Comparing HID and LED headlights is not as straightforward as the other two comparisons. Both produce bright light that helps the driver, pedestrians, and oncoming traffic. Both are far more efficient than halogen bulbs. In order to pick a winner, we must look at the smallest of details. First, LED bulbs are immediately available at full power as soon as they are switched on. HID bulbs take a very brief, but noticeably longer, time to reach optimal brightness. LED lights also last longer than HID bulbs and are more efficient, as illustrated in the popularity of LED lights on hybrid and electric vehicles designed for optimal fuel efficiency. Finally, LED lights allow vehicle designers to creatively rethink headlamps. That slight edge, especially if it brings a smile to your face, may be all the reason you need to select LED lights as the best choice of the three. 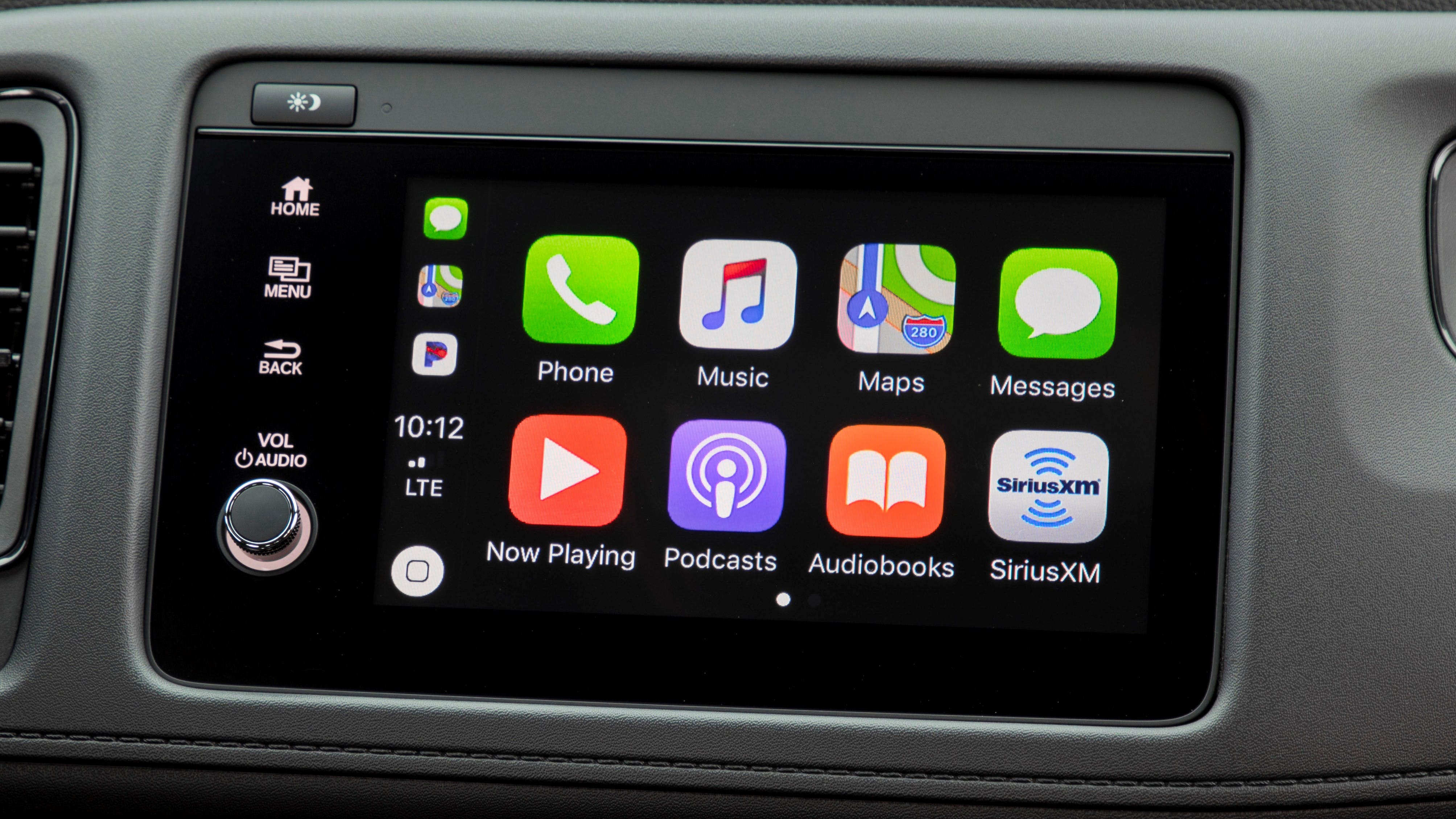 Apple CarPlay lets you control your iPhone using your car’s infotainment screen. It’s available in most new cars through USB, or in select cars wirelessly. 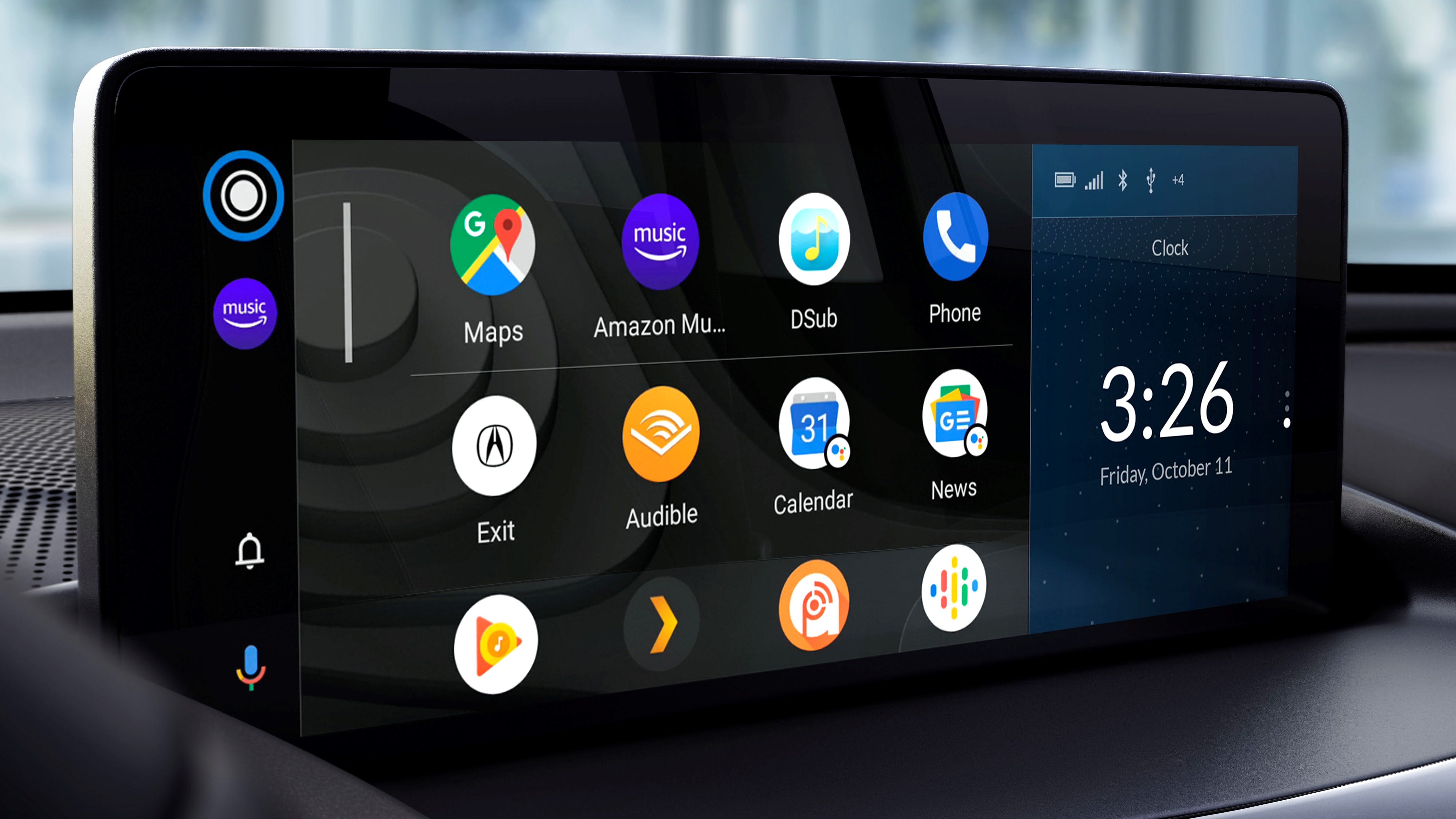 Android Auto enables a driver to access their Android phone apps through the car’s infotainment system using touchscreen controls instead of picking up a phone. 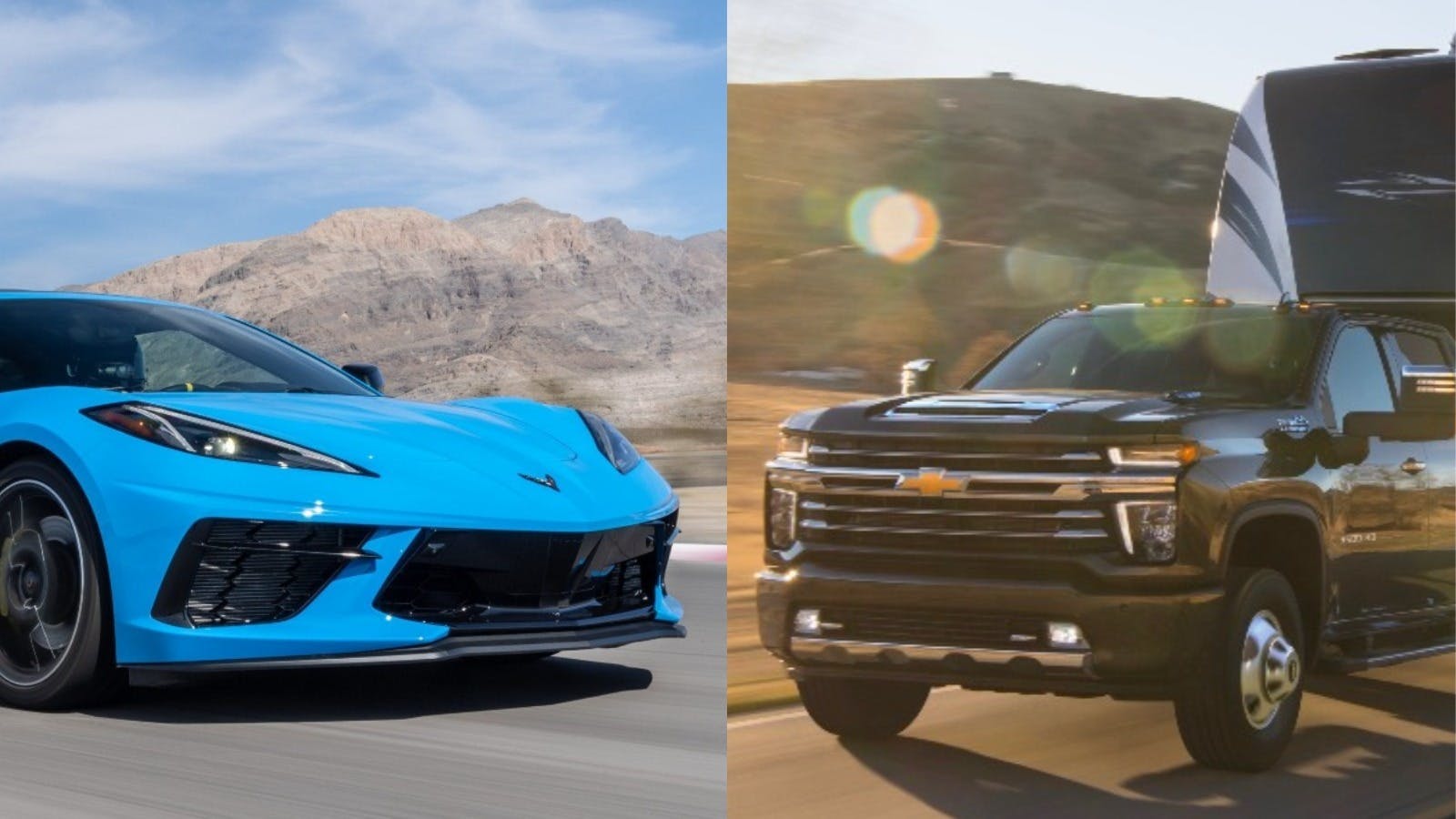 Horsepower vs. Torque: What’s the Difference?

Both horsepower and torque are measurements of a car’s performance. Understanding the difference can help you make a more informed purchase.