How the American Muscle Car Grew Up

Muscle cars are as American as apple pie and often associated with stock car racing, drag racing, and street rod racing. There is some debate over which car was, exactly, the “first” muscle car, but loosely defined, they are factory-built sport coupes with powerful engines in a midsize package. Related pony cars, such as the Ford Mustang and Chevrolet Camaro, are generally smaller cars with roughly the same description otherwise.
The general consensus is that the first muscle car of this definition was the 1949 Oldsmobile Rocket 88. This car was a first on many levels, not the least of which was its introduction of the first high-compression overhead valve V8. It had a 303-cubic inch engine displacement, a two-barrel carburetor, and an output of 135 horsepower and 263 lb-ft of torque split in a relatively wide power band of RPM (3,600 and 1,800 respectively). This gave it powerful low-end speed from its torque and high-end muscle with horsepower. This was a winning combination at the time, as evidenced by the car’s near-sweep of the 1950 NASCAR season with eight wins out of ten races.

In 1951, Hudson introduced the ground-breaking Hornet, which even today holds legendary status as a renowned race car. Although its production period was limited thanks to the financial shakiness of Hudson, the car recently made a comeback on the big screen in the popular animated series Cars. 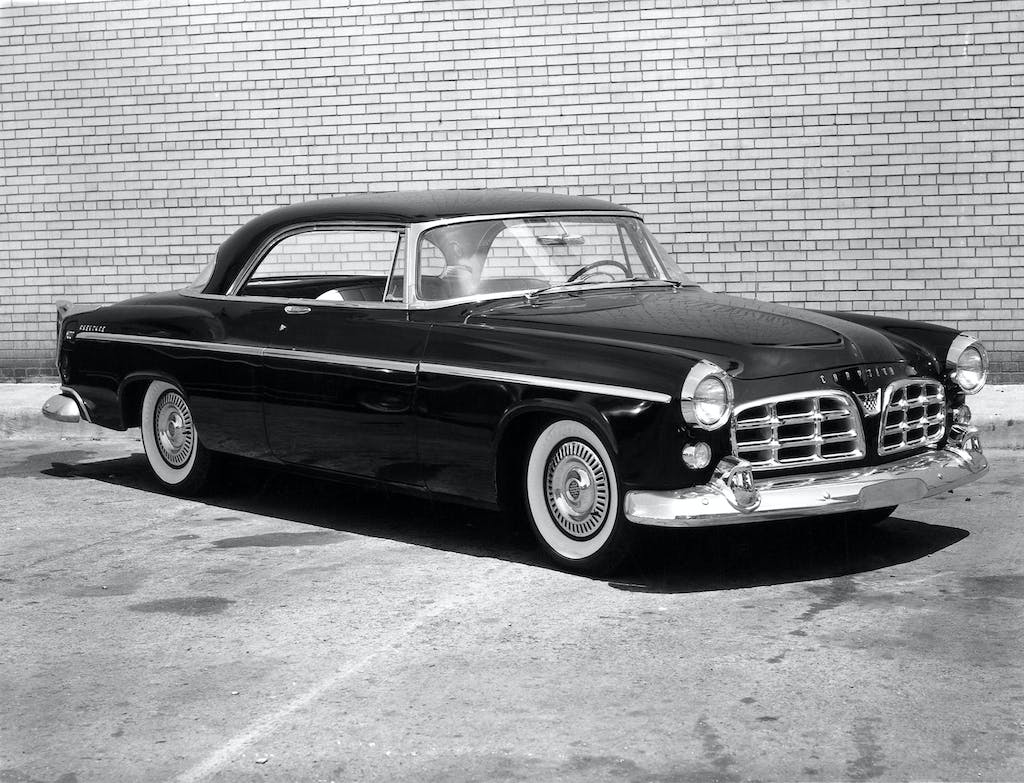 By the mid-1950s, every major manufacturer in the U.S. was on board with the idea of muscle cars for the masses. These vehicles were designed to maximize engine size and output in eye-catching body designs that spoke of heavy reliability and lightweight speed at the same time, while minimizing cost to the consumer to make them as affordable (and thus popular) as possible.

Notables in these trends were the 1955 Chrysler C-300, which boasted a whopping 300 horsepower (more than double the Olds 88 of just six years before). This car became the new car to beat at NASCAR, grabbing records and wins with abandon.

In 1957, though, another car many claim as the first true muscle car was introduced: the American Motors Rambler Rebel. It was a relatively compact car for the time with a power output of 255 horses and was one of the first production vehicles to feature unibody construction. This AMC car also featured an unusual piece of technology for the period: fuel injection. 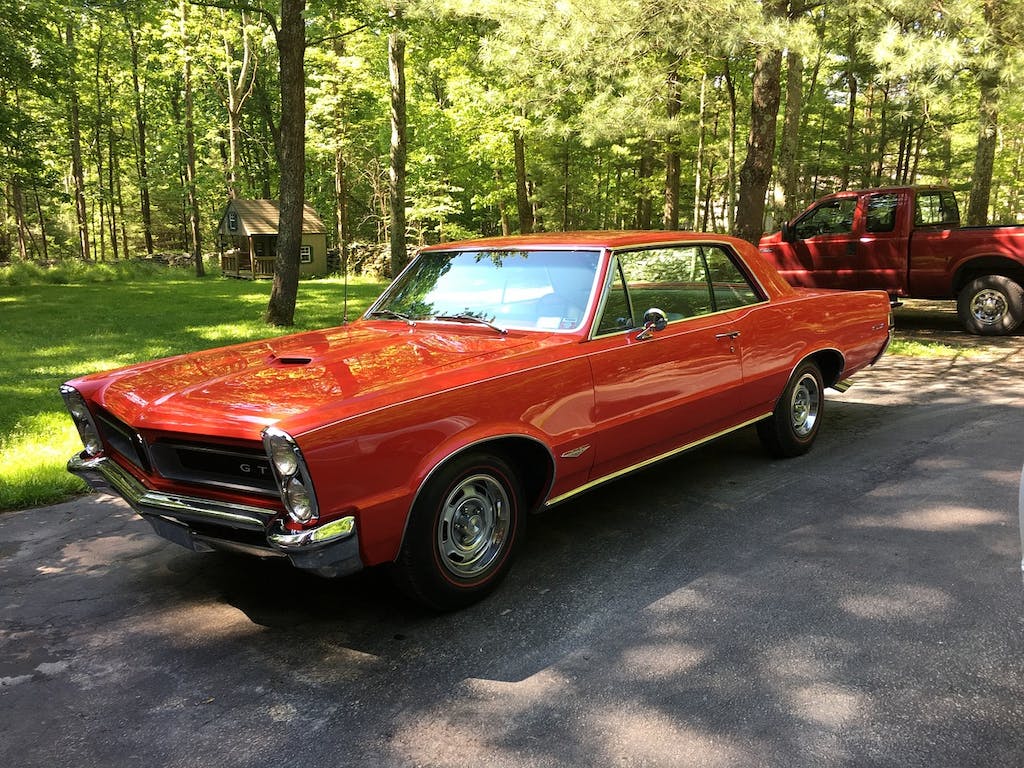 By the 1960s, muscle cars were an established part of American culture. They were purchased by young and old as street racers, show-off cars to wow friends and lovers, weekend race machines, and more. Nightly hot rod races, usually unsanctioned, were often held all across the nation. Weekend track days were filled with drag races and oval-track runs by cars that, during the week, were driven to work as commuter vehicles by their owners.

It was during the ’60s that muscle cars really came into their own and many believe they peaked in the late-60s and very early 1970s before the oil crisis and new federal laws nearly killed the muscular dreams of everyday motorists.

Race divisions and brands for American automakers were suddenly in. Chrysler/Dodge/Plymouth had Mopar, GM’s Pontiac introduced GTO, and more. Speaking of the GTO, it was initially introduced in 1964 as an option package on the Pontiac Tempest. The GTO was developed in a project lead by John DeLorean, who at the time was Pontiac division president. DeLorean, true to form, quietly ignored General Motors’ internal limitation of 330 cubic inches on small cars to build the Pontiac GTO and compete with the Dodge Polara 500 and Plymouth Sport Fury, both of which had shrunk in size as their engines grew.

AMC tried a comeback during the mid-60s that was partially successful. While the Rambler Marlin was largely a flop, it lead to the 1967 Rambler Rebel, considered one of the greatest and most underrated muscle cars of the time. This relatively pedestrian-looking sedan was competing with some of the most iconic 1960s muscle, though, with the now-highly collectible Plymouth Barracuda and many others dominating the public’s eye.

By the late 1960s, many of the most well-known muscle cars we love today were becoming too expensive for the average buyer. As engine sizes grew and technologies were added, these cars started pushing the $5,000 price point, which at the time was well beyond what most could afford. In response to consumer demand, automakers began offering more budget-minded muscle cars, which had less performance, but the same assumed credibility as their more costly brothers. The most well-known of these were the Plymouth Road Runner and the Dodge Super Bee.

Quite often during this period, the distinction between a muscle car and a pony car was blurred. The 1970 Plymouth Duster is an example of this, with muscle car power but pony car size. Meanwhile, the last gasp of American muscle was coming as the muscle car peaked for the period with the introductions of the 1970 AMC Rebel Machine, Dodge Challenger, and Plymouth Road Runner.

The 1970s and near-death of the muscle car

Three things happened in the early 1970s to nearly kill off the muscle car. First, in 1970, the federal government passed the Clean Air Act, which led to the requirement of smog controls on cars and trucks. This was followed by the OPEC oil embargo, which led to price controls and gasoline rationing. Simultaneously, the insurance industry began adding surcharges to policies on high-powered cars to allay associated risk factors. All of this made muscle cars too expensive or impractical for most buyers and once-familiar power models began to disappear from advertising and showroom floors.

Many of the cars that were parked in barns and garages by enthusiasts were undrivable regardless, as fuel for them was unavailable. The oil embargoes and Clean Air Act had changed gasoline forever, making 101-octane fuel almost impossible to find where once it had been commonplace. The removal of lead from gasoline at the time not only lowered octane ratings to our now-standard 91, but also some of the viscosity inherent in the fuel that many high-performance engines depended upon.

At this time, many once-powerful nameplates for muscle cars were relegated to down-tuned luxury performance models, décor packages, and, worst of all, cheap foreign rebadges that were pale knockoffs of the originals. Many believe that the last true performance muscle car of the 1970s was the 1974 Pontiac Firebird Trans Am SD455.

Some nameplates survived, of course, due to their exclusivity or ability to adapt quickly to the new social trends. The Chevrolet Corvette, for example, and pony cars like the Camaro and Ford Mustang held on through various strategies meant to hold the line. 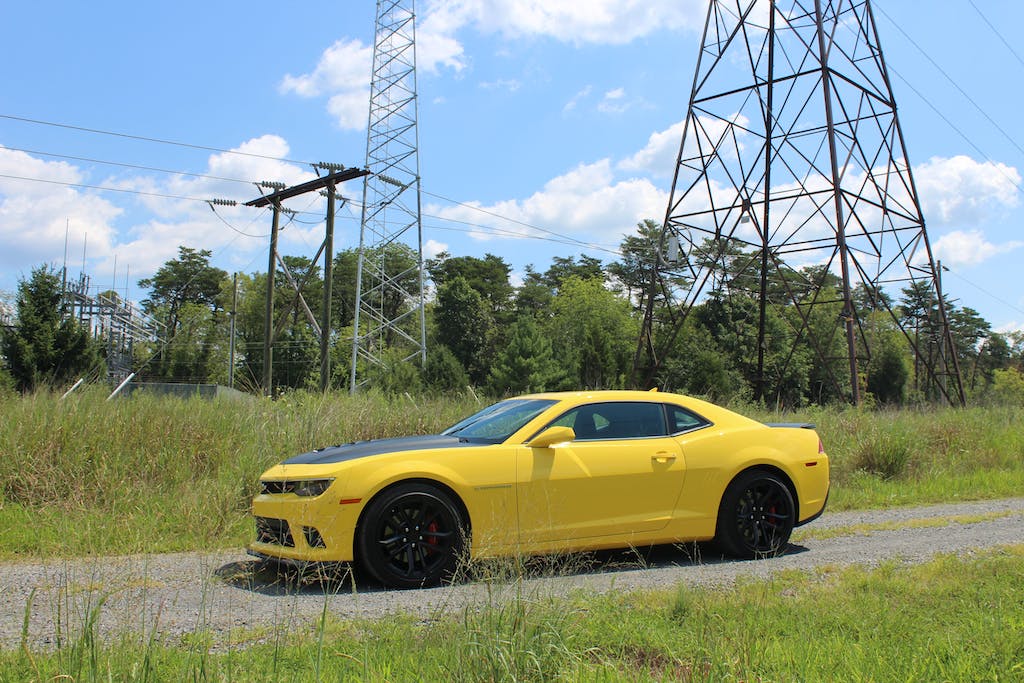 During the mid- and late-1980s, some renewed interest in muscle cars had carmakers continuing production on some models, mostly by adding fuel injection and overdrive-equipped transmissions. Some cars found new-found fame in foreign markets as well, most notably in Australia where many remained in production for a long time.

By the mid-1990s, American interest in muscle cars was slowly returning. Sport-equipped models of popular sedans, such as the Chevrolet Impala and Mercury Grand Marquis, were seeing market growth and interest. It wasn’t until after the 2008 economic crisis and bankruptcy restructuring by GM and Chrysler that true interest in muscle cars returned, however.

Today, most of the iconic muscle cars are relegated to collector’s stables and car shows. Many of those nameplates have made comebacks, however, including the Dodge Challenger, Dodge Charger, and Ford GT, not to mention the resurgence of the holdouts in the Chevrolet Corvette and others. Many of these re-introductions use nostalgic throwbacks in their body design to elicit more interest and to solidify their muscle car heritage. The Challenger is the most obvious example of this. Others, like the Corvette, are completely new and different cars, winning awards internationally for their appeal.

Whatever the look, though, one thing is for certain: the muscle car is perpetually growing. For this automotive segment, there is no “grown up” as there is always a way to get bigger, faster, better, and prettier. Today’s American muscle car is as grown up as they get, but that will change with another generation and another after that.