Getting a driver’s license is a major concern for most teens and for the adults in their lives. Of course, while young drivers are usually focused on gaining a little extra freedom, their parents have a lot more to worry about: According to the Centers for Disease Control and Prevention, the leading cause of death for teenagers in this country is motor-vehicle fatality.

Many of today’s high-tech safety measures can provide assistance for drivers of all ages, but some automakers also have begun focusing directly on those drivers who are younger and have less experience behind the wheel. The new technologies from these companies are specifically designed to encourage safer behavior in teen drivers, and they often bring a particularly parent-friendly bonus: the ability to track a teen’s driving habits.

These new parental controls are offered in brands that sell cars at accessible price points. The following automakers are among those making teen-driving technology an affordable resource for anyone with teen drivers in the family. 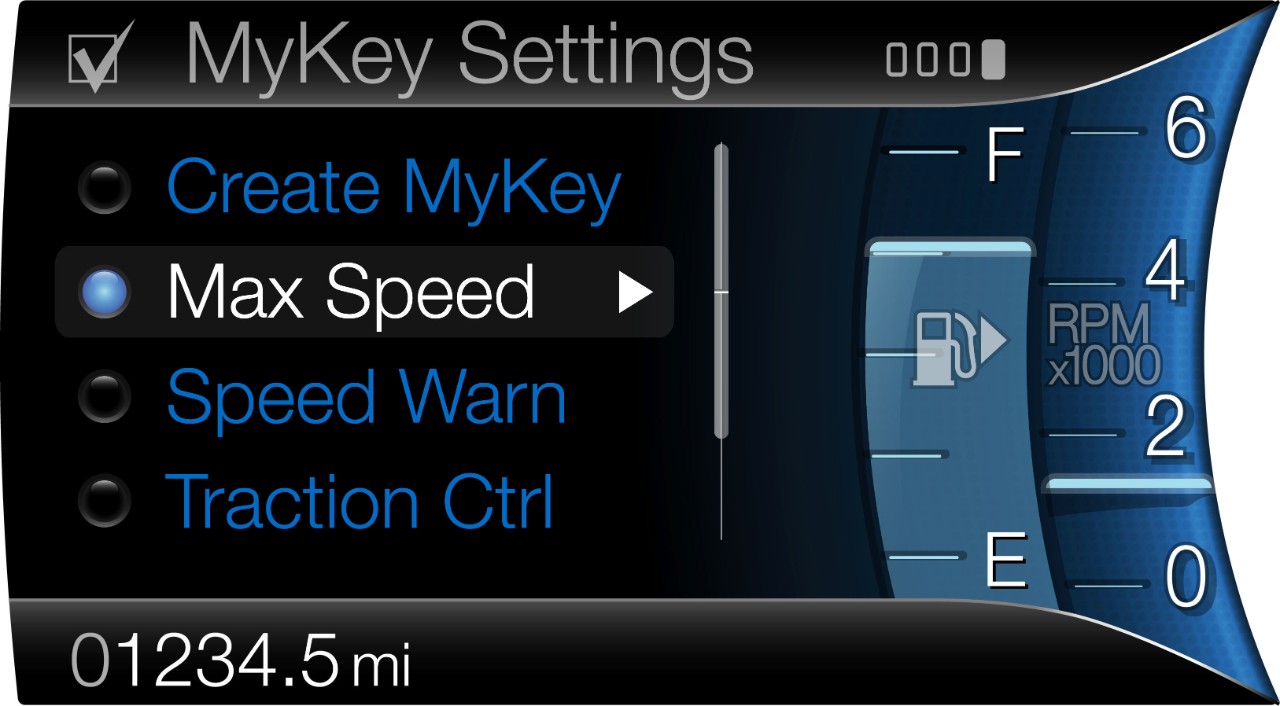 An early pioneer of mainstream teen-driving technologies is Ford, and the automaker currently offers its MyKey feature across a wide selection of models. Indeed, MyKey is standard with the 2017 Ford Focus subcompact sedan, which has a starting price of $16,775.

The technology is based on programmable keys that are set up through a vehicle’s driver-information display. Once enabled, the programmed keys can be used to make the most of a given vehicle’s safety content. For instance, to encourage the use of seatbelts, a reminder warning will be activated and the audio system muted until the front row occupants buckle up. On the topic of audio, any available satellite-radio stations with adult content will be restricted. Any other available safety systems, like parking aids or blind spot monitors, will stay on as well. Similarly, the MyKey system can be configured so that a vehicle’s traction control, automatic crash-notification and emergency contact functions cannot be turned off.

As for the vehicle’s low-fuel alert, that will turn on with more miles left in the tank to lessen the chance of running out of gas.

MyKey provides a flexible approach to limiting top speed and audio volume when the vehicle is being operated, allowing you to set the maximum speed and maximum audio volume for the car when your teen is behind the wheel. 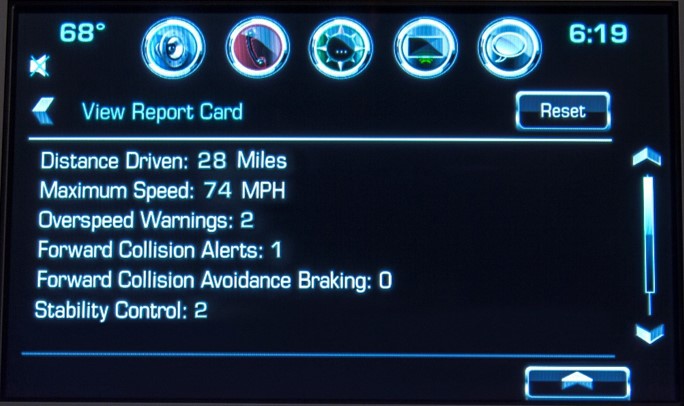 GM’s Teen Driver technology is standard in most Buick, Cadillac, Chevrolet and GMC vehicles, including the compact 2017 Chevrolet Cruze sedan that starts at $16,975. Like Ford’s MyKey, Teen Driver can be used to limit a vehicle’s top speed and audio volume and mute the volume entirely until the front-seat occupants buckle their safety belts. It can also be used to ensure that any other onboard safety features remain activated. What really distinguishes the Teen Driver system is its “report card” function.

Envisioned as a teaching tool, this function captures an extensive range of driving data anytime the vehicle is operated with a registered Teen Driver key. Afterward, you can access the report card through the vehicle’s infotainment screen, review it to learn about potential unsafe occurrences from a trip, and discuss strategies for improvement with your young charges. Included are details such as the number of times other vehicle-safety systems (like forward collision warning, automatic braking and stability control) were activated. Also noted are occasions when the gas pedal was floored or speed-limit warnings were initiated, along with the vehicle’s overall top speed during a journey and the miles driven. 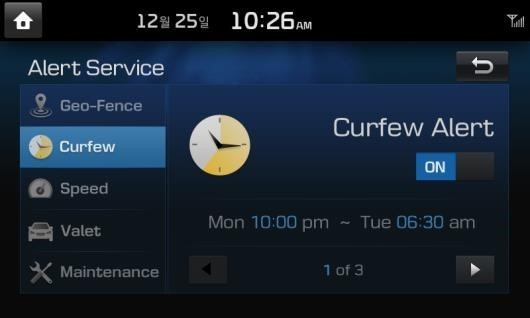 The Hyundai Motor Group, which also has a controlling interest in the Kia brand, prefers to leverage its telematics technologies to help monitor younger drivers. The benefit here is that parents are notified about possible driving issues in real time via text messages or emails. Each brand supplies the same basic functions, with the adults able to manage them through apps for either Hyundai Blue Link or Kia Uvo eServices systems. Both of these systems are available in each brands’ small-car lineups, including the 2017 Hyundai Elantra and 2017 Kia Rio.

In either system, you can be alerted if the vehicle exceeds a pre-set speed limit or if it’s being driven outside of approved hours. You can also set an alert to notify you if the vehicle goes beyond designated geographical boundaries, and you can use the app to track the vehicle’s location. The so-called Valet Mode complements the other functions by alerting you if your vehicle is driven too far from the point at which you dropped it off. 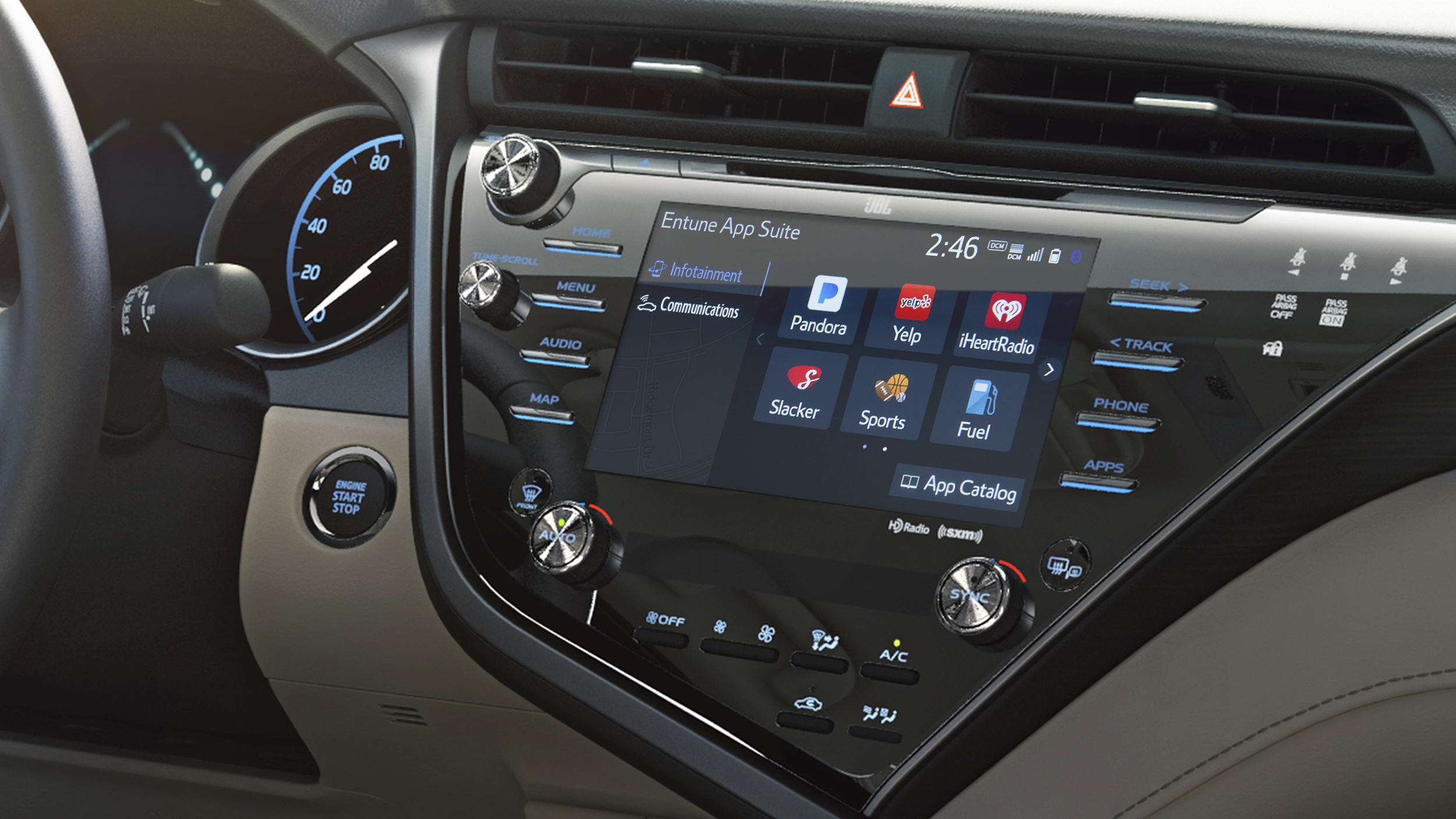 Joining the club for the 2018 model year will be the Toyota brand: As first revealed at this year’s North American International Auto Show in Detroit, the all-new 2018 Toyota Camry midsize sedan will offer a Guest Driver Monitor as part of its upgraded Entune 3.0 infotainment system. Exact details of the technology will be announced closer to the Camry’s on-sale date this summer, but it will no doubt serve up the same kind of functions as the Guest Driver Monitor already available with vehicles from Lexus, the Toyota Motor Corporation’s luxury division.

The Lexus feature is integrated with that brand’s Enform Remote app, and it follows the Hyundai/Kia strategy of sending you electronic alerts if your vehicle is driven too fast, too far or at times it shouldn’t be on the road. Additionally, it can keep track of how long the engine has been running or how far the vehicle has been driven from a given geographical location.

Considering Toyota’s recent efforts to bring more standard safety equipment to even its most affordable cars, you can probably expect to see this new technology migrate from the new Camry to the rest of the brand’s product portfolio sooner rather than later.

Aftermarket Options for Your Teen Driver

Consumers also should be aware of the increasing number of aftermarket solutions that deliver similar services, like Hum by Verizon and Zubie. Often relying on small devices that plug into your vehicle’s USB port and enable an online connection, these app-based technologies can send you alerts for everything from when a car goes too fast to when it’s had to stop abruptly. Some can create detailed driving logs that monitor travel times, average speeds and more, while others will automatically send alerts for engine or battery problems. Different pricing approaches also are available. Some require just a cellular subscription of about $10-$15 per month, while others require you to lay out $100 or $200 for the device.