Sign InSign Up
Porsche
Choose a Model
Choose a Year 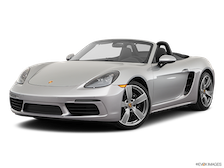 Porsche 718 Boxster Reviews
2019 Starting MSRP:
$59,000
A worthy stablemate to the vaunted 911, the Porsche Boxster is a convertible sports car that expanded the German brand’s owners to include individuals without a trust fund. The latest… More
Find Used Porsche 718 Boxster For Sale
(163 listings) 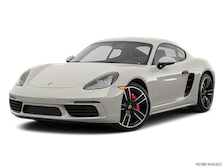 Porsche 718 Cayman Reviews
2019 Starting MSRP:
$56,900
While Porsche may hang its proverbial hat on the legendary 911, the mid-engine Porsche Cayman has helped expand the reach of the automaker by providing a more affordable alternative. Overhauled… More
Find Used Porsche 718 Cayman For Sale
(212 listings) 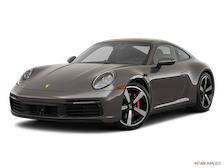 Porsche 911 Reviews
2020 Starting MSRP:
$97,400
Very few cars, if any, share the historical significance and benchmark status of the iconic Porsche 911. Although Porsche has expanded its lineup to include everything from family-friendly sedans to… More
Find Used Porsche 911 For Sale
(2,379 listings) 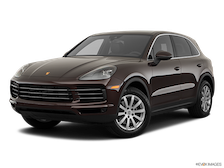 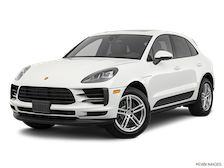 Porsche Macan Reviews
2020 Starting MSRP:
$50,900
Introduced in 2015, the Porsche Macan is the manufacturer’s entry in the compact crossover segment. The Macan provides luxurious amenities and pleasant ride quality, and it also serves up a… More
Find Used Porsche Macan For Sale
(1,835 listings) 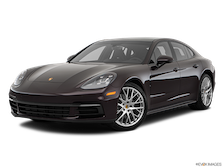 Porsche Panamera Reviews
2020 Starting MSRP:
$87,200
The Porsche Panamera sent shock waves through the automotive industry when it was first launched in 2010, as its four-door configuration represented a big departure for a brand known for… More
Find Used Porsche Panamera For Sale
(1,051 listings) 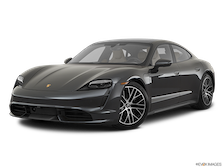 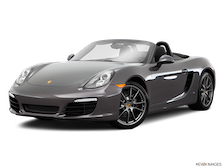 Porsche Boxster Reviews
2016 Starting MSRP:
$52,100
The Porsche Boxster has long been revered as a standard-bearer among drop-top sports cars. It offers the sharp reflexes and precise handling shoppers expect from the Porsche brand. And its… More
Find Used Porsche Boxster For Sale
(337 listings) 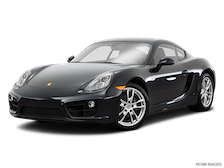 German automobile manufacturer Porsche is best known for its sports cars, but it also builds performance sedans and SUVs. The brand is now owned by Volkswagen AG and is recognized as one of the most prestigious automobile brands in the world.

Officially known as Dr. Ing. h.c. F. Porsche AG, Porsche was founded by Ferdinand Porsche in 1930 in Stuttgart, Germany. Ferdinand’s expertise as an engineering master was long established, having built in 1900 what would have been the first hybrid model, a vehicle combining an internal combustion engine with a pair of electric motors located on the front wheel hubs.

In the 1930s, Porsche designed for the German government a “people’s car” known later as the Volkswagen Beetle. After the war years, that model became the best-selling vehicle in the world and was produced into the 21st century. Also during that decade Ferdinand himself oversaw the design and production of the Auto Union (Audi) Grand Prix cars.

In 1948, Porsche began production of the first car to bear its name, the 356. This model is a rear-wheel drive two-seater with a rear-mounted, 40-horsepower engine. Initially hand built in Austria, the 356 set the groundwork for the development of the iconic Porsche 911, itself debuting in 1963 and remaining in production since.

The Porsche 911 has remained true to its styling roots and is sold in coupe, convertible and targa body styles. Until 1998, all models were powered by air-cooled engines. The water-cooled 911 (known internally as the 996) introduced the current engineering in 1999.

Through the years, Porsche introduced numerous permutations on the 911 theme, including a turbo version known as the Porsche 930. The company’s internal classifications have been many; enthusiasts are familiar with names such as Speedster, Carrera, GT3, 4S and others.

Porsche has been a leader in steering and handling technologies, an early user of lightweight materials and has advanced many other innovative technologies. The Porsche name is also one and the same with racing, having notched wins in tens of thousands of races that include the prestigious Le Mans series.

Modern Porsche has brought to the world new models, including the Porsche Cayenne SUV in 2002 and the Porsche Panamera sedan in 2009. In 2014, the model line was expanded further with the introduction of the Porsche Macan, a smaller SUV.

Some would argue that the Porsche 911 has no true competitors. The automaker’s sedans and SUVs, however, can be cross-shopped with Jaguar, Land Rover, Mercedes-Benz, BMW, Cadillac, Lexus, Infiniti and Acura. Audi, another Volkswagen AG company, might also be considered.