Sign InSign Up
GMC
Choose a Model
Choose a Year 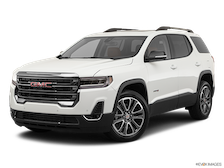 GMC Acadia Reviews
2020 Starting MSRP:
$29,800
The GMC Acadia is a three-row SUV that was first introduced for the 2007 model year. Known for its ample passenger and cargo space, the Acadia shares its platform with… More
Find Used GMC Acadia For Sale
(9,236 listings) 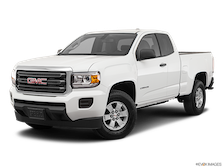 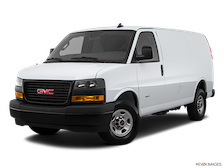 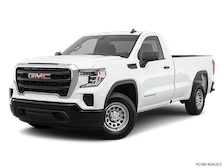 GMC Sierra 1500 Reviews
2020 Starting MSRP:
$29,600
The GMC Sierra 1500 effectively proves that a pickup truck can be both beautiful and brawny. The full-size Sierra 1500 offers an impressive towing capacity, as well as the ability… More
Find Used GMC Sierra 1500 For Sale
(11,430 listings) 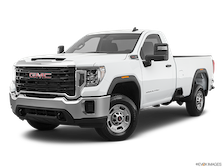 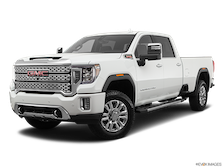 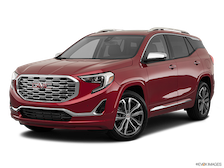 GMC Terrain Reviews
2020 Starting MSRP:
$25,000
The GMC Terrain is a compact crossover SUV that was introduced in 2010. This five-passenger model offers standard front-wheel drive and available all-wheel drive. It is a twin to the… More
Find Used GMC Terrain For Sale
(8,652 listings) 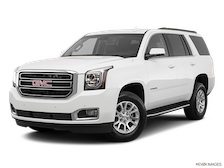 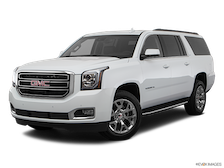 GMC Yukon XL Reviews
2020 Starting MSRP:
$53,400
After sharing its model name with its Chevrolet counterpart for nearly 65 years, the GMC Suburban was renamed the GMC Yukon XL in 2000. Like the regular-wheelbase GMC Yukon, the… More
Find Used GMC Yukon XL For Sale
(3,710 listings) 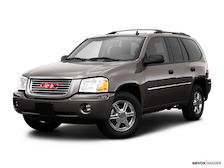 GMC Envoy Reviews
2009 Starting MSRP:
$30,625
If you are looking for a large SUV, but do not want a vehicle as large or as expensive as a Yukon, the GMC Envoy is a good option. The… More
Find Used GMC Envoy For Sale
(416 listings) 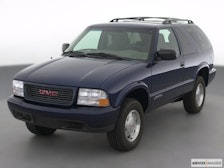 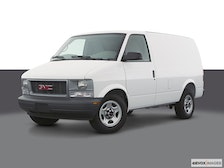 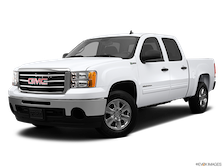 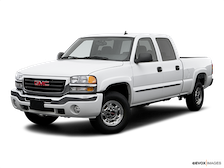 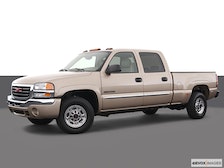 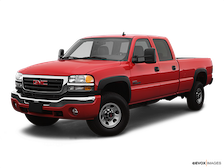 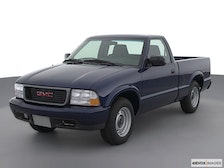 The Rapid Motor Vehicle Company was founded in 1901 by Max Grabowsky, an automotive engineer. In 1909, newly formed General Motors bought the company and renamed it GMC Trucks. Today, GMC is one of four GM brands sold in North America and is the second largest in terms of sales after Chevrolet.

The first trucks to sport the GMC Truck label were produced in 1912. Beginning in 1920 and continuing through the present day, GMC and Chevrolet trucks have been nearly identical, although grille and badge differences as well as trim level distinctions are present. Chevrolet trucks are geared toward retail customers, while the GMC line targets commercial accounts. Today, most Buick and GMC dealerships are located under one roof.

GMC also had a presence in the heavy-duty truck market, producing conventional rigs and medium-duty trucks for decades. In the 1970s, the brand built motorhomes for six years and also produced commercial transit and public school buses for more than 60 years. GMC has since sold or discontinued its medium- and heavy-duty truck lines and sold it bus operation.

Some of the more noteworthy GMC products of long ago include its C and E Series pickup trucks, which were built from 1941 to 1947 (except for several years during World War II). This truck line marked the first time GM gave its pickups a distinct appearance apart from its car lines.

In 1960, the Chevrolet and GMC full-size truck lines shared a common model name, C/K, for most of the ensuing four decades. Over the course of 38 years, four generational changes, multiple refreshes and an assortment of body styles came and went. In 1998, a new generation of trucks was released and the Sierra name was introduced.

Other GMC models from the past included the GMC Sprint/Cabellero, twin to the Chevrolet El Camino and produced from the early 1970s to the late 1980s. In the early 1980s GMC received its first small truck, the S-15, which later became the GMC Sonoma. The Sonoma was replaced by the GMC Canyon, currently sold as a midsize pickup truck.

Beginning in the 1960s, GMC sold a number of vans, most recently the GMC Safari and the current Savana. SUVs have played no small part in the brand’s development, with GMC sharing the Suburban nameplate with Chevrolet from the 1930s to 2000 when the GMC model was renamed the Yukon XL. That SUV lineup has only grown and includes the compact Terrain, the midsize Acadia and both the Yukon and Yukon XL. The GMC Envoy and GMC Jimmy are among the more recently retired models for this brand.

Beside Chevrolet trucks and Ford, there are several manufacturers that compete directly with GMC, including Jeep and Ram. Nissan, Honda, Toyota, Kia, Hyundai, Volkswagen, Mitsubishi, Subaru and Mazda each have SUVs, trucks or both that can be cross-shopped with GMC.