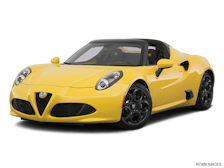 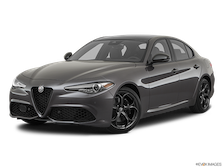 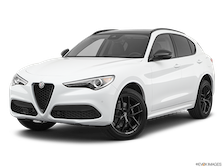 Alfa Romeo is an Italian automotive nameplate and part of Fiat Chrysler Automobiles, NV. Founded as A.L.F.A. in 1910 — translated as Anonymous Lombard Automobile Factory in English — the brand returned to the U.S. market after a 20-year absence. The 4C is the first of several new models planned for North American distribution.

Like so many manufacturers of that era, Alfa rose out of the ashes of a failed automotive enterprise or partnership, specifically one founded by Frenchman Alexandre Darracq and bearing his surname. The Italian plant for Darracq, located just outside of Milan, shut down when the company’s partnership with its Italian investors ended.

A local aristocrat, Cavaliere Ugo Stella, who was then serving as managing director at the Darracq plant, intervened and moved production to Portello, a plant located near Milan. With funding from other Italian investors, a new company was born — ALFA.

The fledgling company immediately began building cars, including the very first Alfa model, the 24 HP, which was powered by a 4.1-liter four-cylinder engine. Other models soon appeared and with Nicola Romeo acquiring majority interest in the company in 1918, the company was renamed Alfa Romeo.

Early on, Alfa Romeo established itself as a forward thinking designer of automobiles. The company was also an early participant in motor racing, with the young racing driver Enzo Ferrari lured from Fiat to take over as the lead designer. Ferrari’s influence was immediately felt, but he later left the company to start an automotive enterprise bearing his name. By the late 1920s, Nicola Romeo had also left the company, which later found itself under government control.

After the Second World War, Alfa Romeo resumed production and switched to mostly small, mass-production models such as the Giulietta beginning in 1954.

Up until the 1950s, no Alfa Romeo models were imported to the United States. That all changed when Max Hoffman, an importer and distributor for Volkswagen in the eastern United States, began to import the Alfa Romeo Giulietta. In 1961, Alfa Romeo assumed import duties and later introduced such models as the Giulietta Spider, the Sprint GT, Duetto and Berlina.

From the 1970s to the mid-1990s, Alfa Romeo was a niche retailer, producing such models as the 164, which was an executive sedan, as well as the GTV sport coupe and Spider roadster. With sales continuing to fall, Alfa Romeo exited the U.S. market in 1995.

Alfa Romeo’s return to the U.S. market had been anticipated since 2006 when parent Fiat promised to resume imports. However, it wasn’t until Fiat absorbed Chrysler that the brand’s aspirations were articulated. Those plans included releasing several new products, beginning with the 4C, a mid-engine sports car and competitor to such models as the Porsche Boxster and the Audi TT. Subsequent models include the Giulia, which is a compact sedan and competitor to the BMW 3 Series and Cadillac ATS. Other model lines are planned for roll out over the next few years.

In the Fiat Chrysler universe, Alfa Romeo operates as the manufacturer’s luxury brand, much in the same way as Audi, BMW and Mercedes-Benz are marketed. Other competitors include Infiniti, Cadillac, Acura, Lincoln and Lexus. Volvo, Porsche and Jaguar are also targeted as the marque expands its product line.