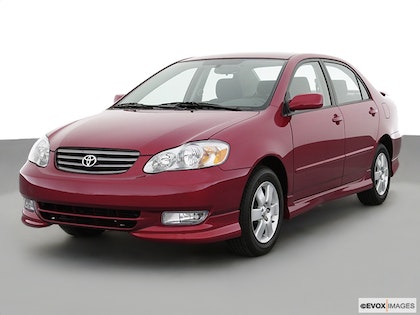 Is the 2003 Toyota Corolla Right for You?

The 2003 Toyota Corolla is a compact sedan that seats five people. It’s meant for drivers who want a value-packed, small four-door car that looks good, performs well, and is known to be reliable.

The 2003 Toyota Corolla is fully redesigned. It’s larger than the preceding version — 4 inches longer and 3 inches taller — and rides on a wheelbase that’s stretched by more than 5 inches. It also gets a fresh exterior design that closely resembles its larger sibling, the Camry. The Corolla’s interior is roomier than before, with an ergonomically designed dashboard, and it can be loaded up with a leather interior and sunroof for an upscale look and feel. A wagon-like hatchback version of the Corolla is sold as the Toyota Matrix.

2003 Toyota Corolla vs. Other Toyotas

The 2003 Corolla is part of Toyota’s sedan lineup that also includes the subcompact Echo, the midsize Camry, and the flagship full-size Avalon.

The prior-generation Corolla ran from 1998 to 2002 and was somewhat smaller than the 2003 generation. It was also a bit less roomy and powerful, offering a choice of a 5-speed manual or 3- or 4-speed automatic transmissions.

Research the Corolla from other model years

Which 2003 Toyota Corolla Trim Is the Best Value?

We’d go all-in and seek out an LE for its added convenience features; look for one with the optional leather interior and side-impact airbags.

The mid-level S trim adds fog lights and specific body-cladding all the way around to achieve a somewhat sportier look. It also gets wider tires, but nothing else in the way of performance enhancements.

The 2003 Toyota Corolla has one available engine:

Compared with the class? The Corolla mostly holds its own, but unlike some models in the class it doesn’t have an available higher-performance engine.

Compared with the class? The 2003 Corolla is near the top of the class in terms of fuel economy.

The 2003 Corolla received good but not perfect crash-test scores. It received five out of five stars for frontal crash protection from the National Highway Traffic Safety Administration, but only four stars in side-impact tests and for rollover resistance. It received a top score of Good for front-impact protection from the Insurance Institute for Highway Safety, but only a Poor rating for side crashes.

Compared with the class? It’s average among small cars in this regard.

Compared with the class? The Corolla’s trunk is reasonably sized, though the pass-through opening to the cabin when the rear seats are folded is a bit small.

Compared with the class? The 2003 Corolla’s cabin is sufficiently roomy to seat four adults in comfort, but transporting a third rider in the back would be difficult.

Compared with the class? It’s average among non-luxury brands for 2003, though of course it’s long since expired. 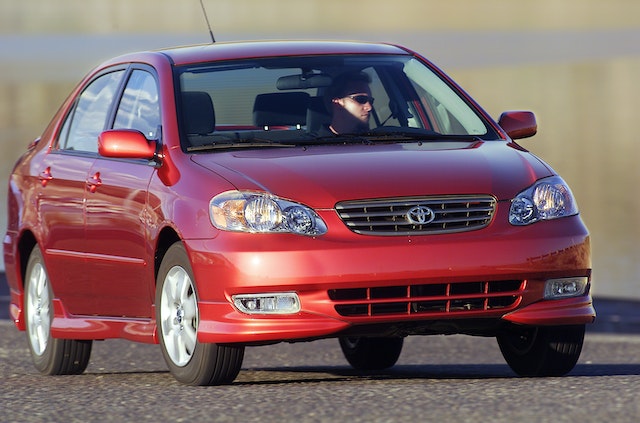 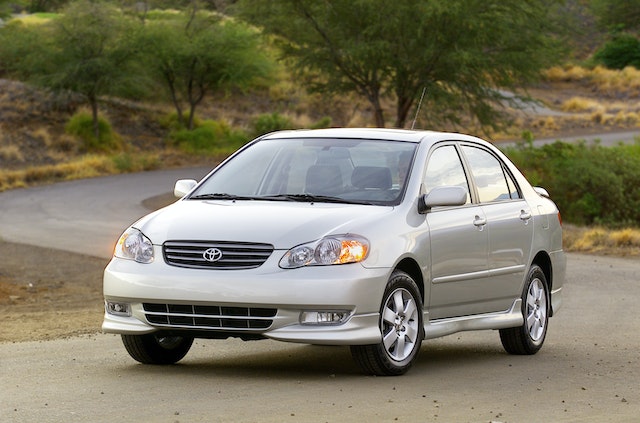 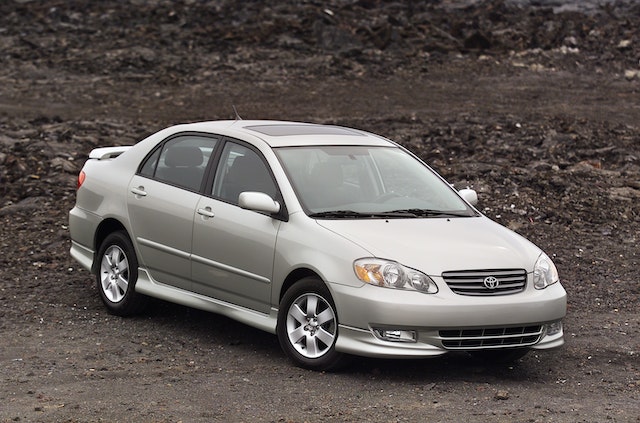 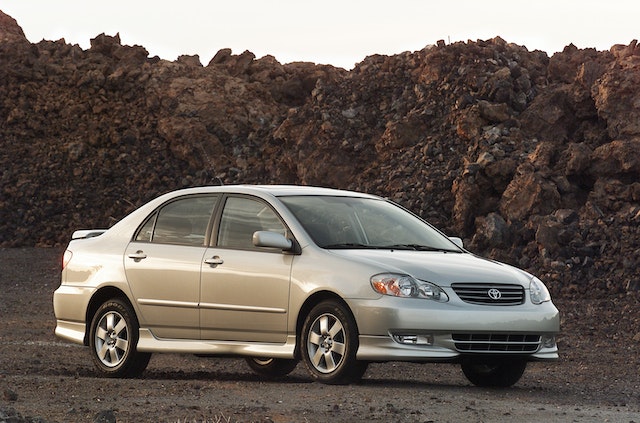 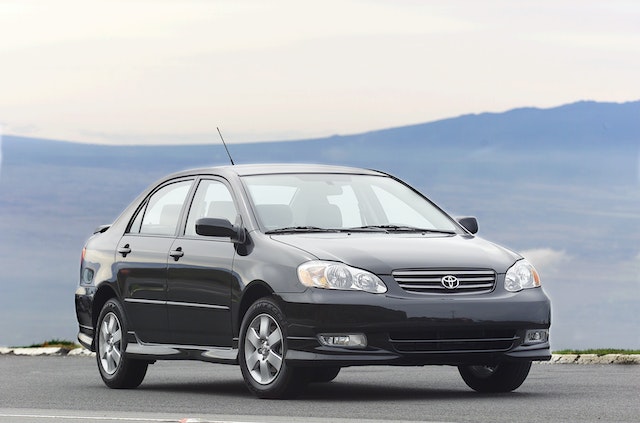 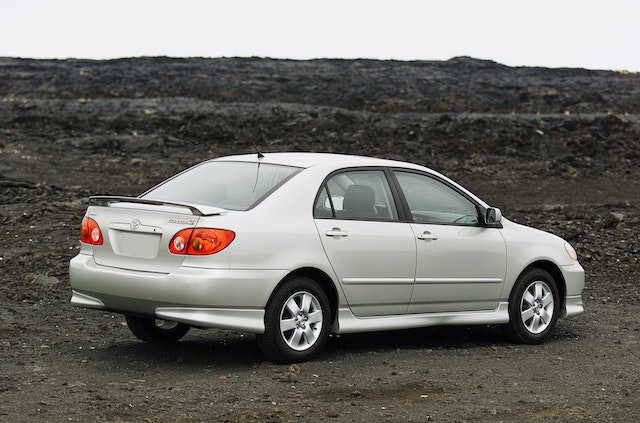 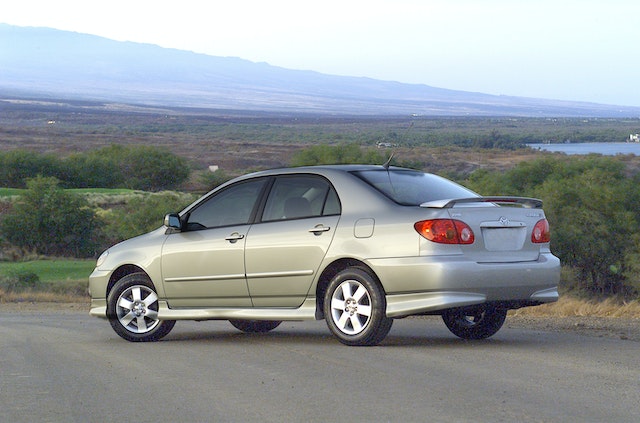 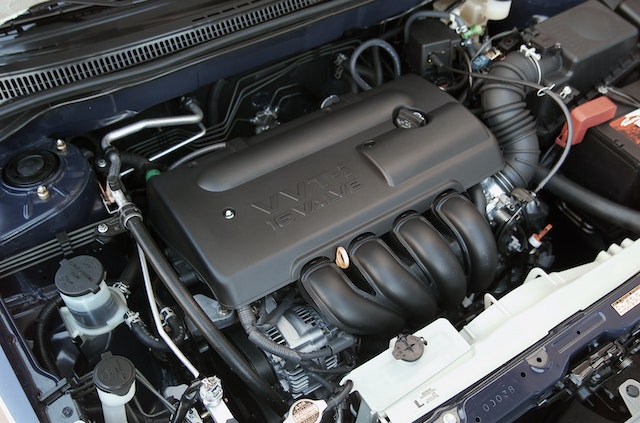 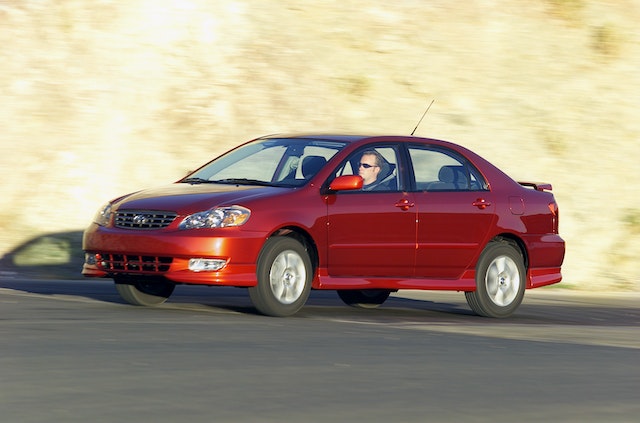 Layout. Everything within easy reach. Controls are clearly labeled and not confusing. Large seats are a little stiff, but fit me well. Good-sized glove compartment. Large windows that provide good visibility -- not many blind spots. Only one complaint -- dashboard clock failed early-on after buying the car.
Exterior

Aerodynamic, if not stylish. Rounded corners reduce drag, but not to my taste, aesthetically-speaking. Wheels are large enough to absorb most bumps; suspension is a little stiff, but liveable.
Performance

Engine is sufficiently powerful. 4-speed automatic transmission upshifts could have been timed better -- sometimes shifts to a higher gear, before I would have if I were driving a stick-shift car. Acceleration is good for a 1.8 liter engine. Excellent brakes -- stops on a dime.
Family

Low maintenance. Gets 32 to 36 mpg, depending on time of year. If properly maintained, just almost never breaks down.
Read Less

When i bought the car 4 and 6 years ago i got it with scratch on passenger door but till then nothing has dent.
Performance

Super. I drove several times to Canada back and forth, Texas 14 hrs with no stop back and forth, Tennessee, Indiana these are some to mention and during my commute to any state i never had a mechanical or gas problems. Great gas saver.
Family

CARFAX offers millions of used cars for sale nationwide. Every listing includes the vehicle history. The data below is updated daily, based on used car inventory for sale on CARFAX.
2003 Toyota Corolla Deals on CARFAX
Percentage of 2003 Toyota Corolla for sale on CARFAX that are Great, Good, and Fair Value deals. Values are determined by whether the selling price is above, below, or the same as the history-based CARFAX Value.
Great Value
(4)
Good Value
(5)
Fair Value
(10)
No Badge
(32)
VEHICLE HISTORY SUMMARY
The Vehicle History Summary represents the percentage of cars available for sale on CARFAX that are reported to have no accidents or damage, had 1-owner, been used as a personal or personal lease car, and/or have service history information. 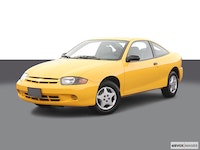 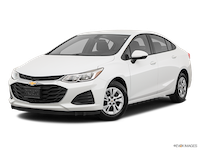 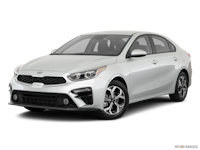 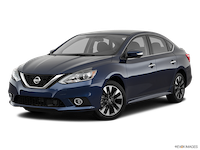